The Luv Doc: Passed Over

Good shit is going to happen to other people 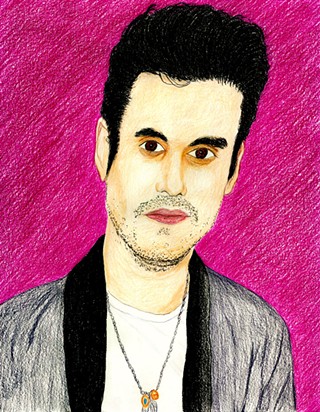 Me and my girlfriend work in the same division of a large company here in Austin. She was hired eight months ago and I have been working here more than five years. A few years ago I was offered a chance at a promotion but was passed over and it was given to another employee. Last Friday my girlfriend informed me that she had just been given the same promotion. I tried to be happy for her, but I am feeling really bitter and insulted about being passed over again for this same promotion. I feel very defeated and depressed and I know my girlfriend senses that but I am having a hard time snapping out of it. I don't want to lose her because of it. What do I do?

Here's what you can do: You can start by wholeheartedly and enthusiastically celebrating your girlfriend's promotion. This is something good (at least I am assuming so) that happened to her – you know, like if she just bought a house ... or won the lottery ... or beat cancer ... or got invited onto John Mayer's tour bus. OK, I can see how that last one might be hard to celebrate. Word is that John Mayer's tour bus is basically a giant rolling waterbed covered in Astroglide, but maybe I read too many tabloids. Regardless, the point is that your girlfriend's promotion isn't about you. Nobody called you into their office to tell you that you didn't get the promotion you weren't expecting. I doubt your lack of promotion was announced in the company newsletter. In fact, I would be willing to venture that whoever gave your girlfriend her promotion wasn't thinking of you at all. I know, I know. The fucking nerve.

Here's something that you're going to have to come to terms with in life: Good shit is going to happen to other people – sometimes even people you actually know. This can, for those who lack a baseline level of social awareness, be the source of infinite misery. Why would your boss, your friends, Jesus, or even John Mayer do something nice for someone else instead of you? That just seems crazy, right? Why would the universe play favorites like that? I don't actually know, but if it helps, I asked Elon Musk. He seems like a pretty smart guy, but he hasn't returned my email. Go figure. I'm trying not to be bitter about it. I'm sure he has other stuff on his plate.

Bitterness can certainly keep your mind occupied. There is an inexhaustible amount of inequity in the world to feed that fire, but in the end, bitterness ruins everything – even an otherwise full-bodied sparkling IPA. There is, however, a better way to respond to other people's good fortune. And that is to do so empathetically – to actually try to understand ... and yes, even feel the emotions they are going through. Sadly, empathy doesn't come naturally to everyone. Some of us have to work at it, but that work almost always yields a more intelligent, happier, healthier person. And what better set of training wheel emotions could you hope for when practicing empathy than those associated with a promotion? Pride? Joy? Satisfaction? Truly, there is no reason you shouldn't allow yourself to plunge gleefully into those feelings and splash around a bit. I'm sure a long, luxurious swim in that pool would elevate your mood as well as your girlfriend's.

And by all means, don't just limit your empathy practice to your girlfriend. Try it on your other co-workers, friends, and relatives – especially when they are experiencing good things. Ideally, after a while you will be much more tuned in to the feelings of everyone around you and, perhaps more importantly, your own feelings as well. You'll be better able to communicate with others because you have a better understanding of their thoughts, feelings, and motivations. People will want to spend more time with you because you actually listen to them and care about what's going on in their lives. Lastly, you'll be less negative and divisive because you will begin to see similarities in yourself and others that you hadn't seen before. Dude, to be real honest, I am liking this imagined version of you so much that I would be willing to give you a promotion even if your boss won't.