Comfort food in a comforting place 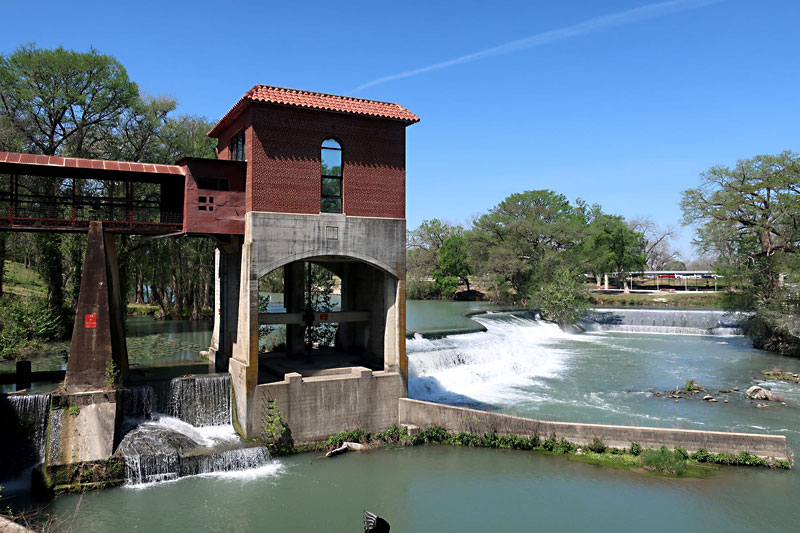 The Power Plant Texas Grill in Seguin has one of the prettiest locations of any restaurant in Central Texas. Perched on the banks of the Guadalupe River, the restaurant's deck looks out over waterfalls and Max Starcke Park.

The menu is standard Texas fare of chicken-fried steak, pasta dishes, and hearty salads. A real standout is the Power Burger with giant onion rings. Burgers are the restaurant's bread and butter and they offer variations such as bison and vegan. 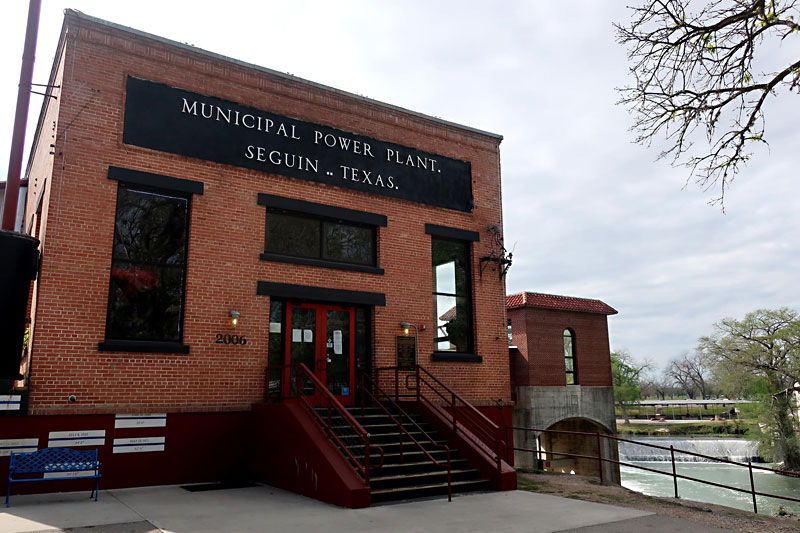 The river spills over the low dam in a series of waterfalls that are just as comforting as the food. Often called "the prettiest dam on the Guadalupe," the impediment was built in 1858 to harness the river's power for a mill. In 1934 the rock dam was rebuilt in concrete in a serpentine shape, one of the few serpentine dams in the U.S. The structure was designed by Robert Hugman, the architect of San Antonio's River Walk.

Four years after the dam was rebuilt, the city purchased the pecan orchard on the north bank for the 227-acre Max Starcke Park that now includes a golf course, playgrounds, and a wave pool. The park is named for a former Seguin mayor who also lent his name to the dam that impounds Lake Marble Falls. 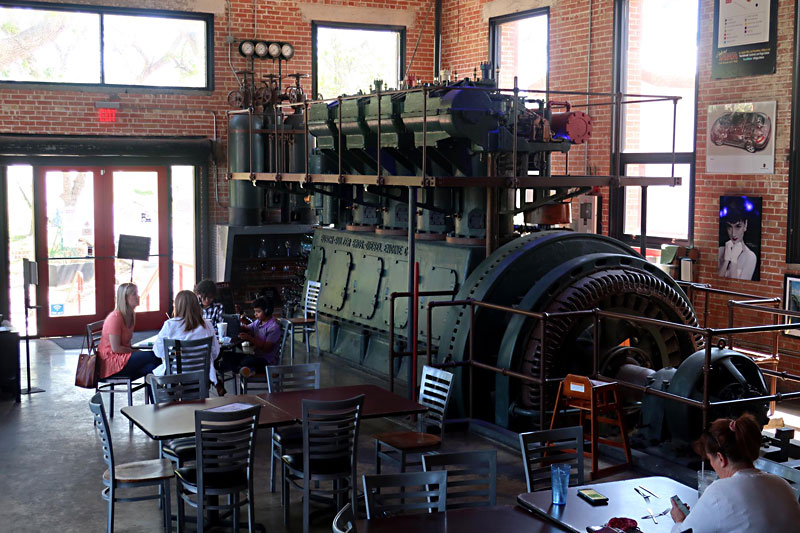 The power plant electrified the city from 1940 until 1995. Rather than abandon or demolish the historic building, the city sought to repurpose the structure that has survived several floods. In 2014, the power plant got a new lease on life.

The Power Plant Texas Grill is at 2009 Stockdale Hwy. (i.e., Austin Street, Business 123) in Seguin. The kitchen is closed on Mondays.

1,546th in a series. Follow “Day Trips & Beyond,” a travel blog, at austinchronicle.com/daily/travel.