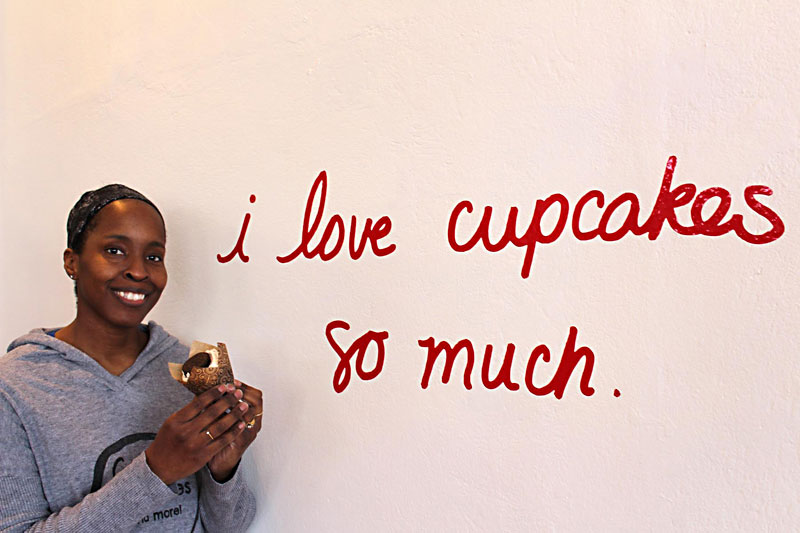 Cookies, Cupcakes and More has survived the pandemic by providing an essential service to the residents of the Hutto area. The warmth of a baked good can bring comfort in a world gone wrong.

Lakeesha Seawood and her husband Andre began selling baked goods at the Hutto farmers' market in 2019. Their cookies and cupcakes were a hit with the Saturday crowd and led to orders for custom cakes and pastries.

The couple were content with just doing the weekly markets because both had day jobs. The Hutto business community thought it would be a sweet idea to add a bakery to the small downtown and gave the Seawoods lots of encouragement.

In October 2019 they moved into the former bank building in the center of old Hutto surrounded by a sea of big-box stores. Five months later the pandemic hit.

"We survived with God's grace," Lakeesha says. "And a lot of ingenuity."

Through the shutdowns they kept baking. A classically trained pastry chef, Emily Gladu is an artist when it comes to decorating the bakery's cakes and cookies. She says the number of wedding cakes dropped off during the pandemic, but not birthday cakes.

"We are still coming up with new flavors to keep our customers excited about us," Lakeesha says. "That's the fun part." 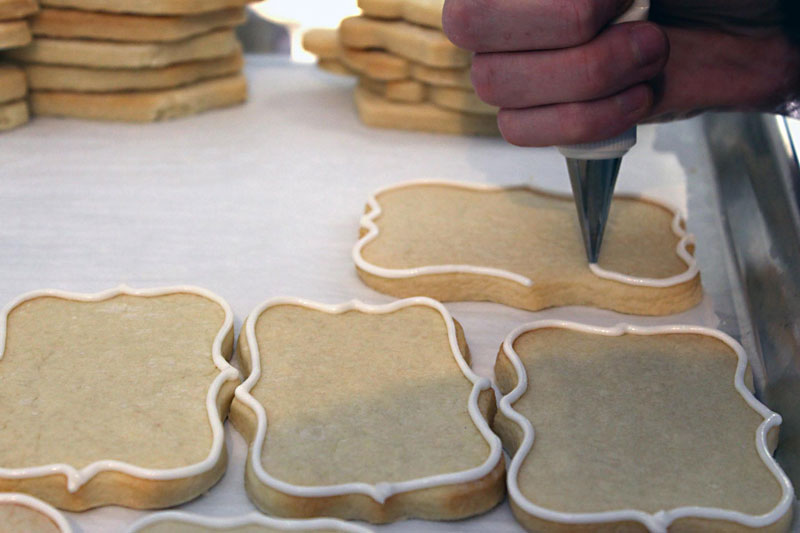 Cookies, Cupcakes and More is at the corner of East and Farley streets a block off of Highway 79 in one of the oldest buildings in Hutto. Featured pastries change daily, but almost any flavor, including gluten-friendly versions, can be ordered. The bakery has a second shop at 211 N. Main St. in Taylor. To see what's cooking, call 512/642-6262 or go to www.cookiesandcupcakesandmore.com.

18 Fun Facts About Cookies, Cupcakes and More in Hutto

1) The bakery has the most options of baked goods on Saturdays (including gluten-free pastries).

2) The pecan pie brownie combines pie filling that is Lakeesha Seawood's father's recipe between layers of chocolate brownies, and it's one of the shop's most popular pastries. One regular customer said, "It changed my soul."

3) From Chicago, pastry chef Emily Gladu had never had peach cobbler before coming to work at the bakery.

4) Lakeesha has customers who drive from Lago Vista, a 31-mile hourlong drive, on certain days to pick up their favorite flavors of baked goods.

5) The most popular single-serving cake flavors are carrot cake, red velvet, strawberry shortcake, and anything with filling.

6) The most popular cookies are oatmeal raisin, peanut butter, chocolate chunk, and snickerdoodle.

7) The bakery makes a classic sugar cookie that is "buttery, but not too sweet." 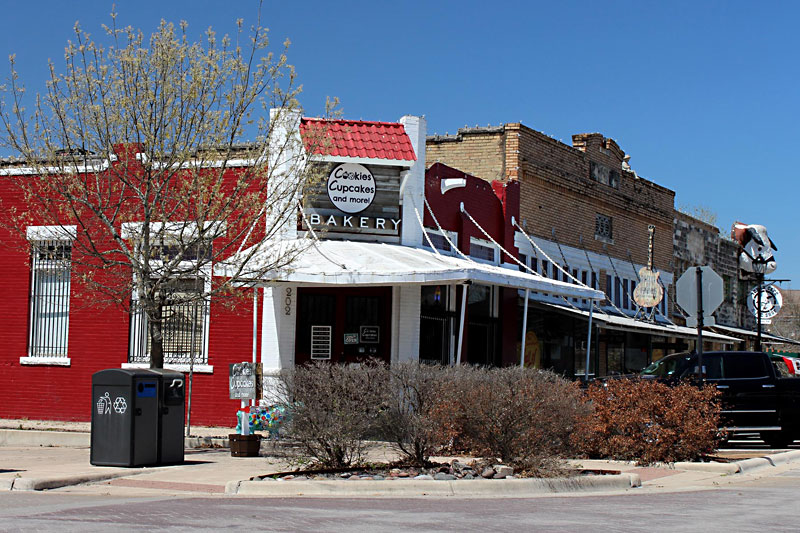 8) The hippo-shaped sugar cookies are a popular custom-ordered item decorated with school team slogans. All Hutto schools have the hippo as their mascot.

10) Recipes at the bakery are done by the cup rather than the weight to keep the batches small.

11) Lakeesha and Andre Seawood and their two sons are all good cooks, as are both of Lakeesha's parents.

12) Everything sold by the bakery is kid-tested and Mom-approved.

13) The bakery can put edible photographs on the baked goods.

14) An expectant mom had the bakery put the picture from her ultrasound on a batch of cupcakes.

15) Lakeesha once delivered a wedding cake to an unair-conditioned venue in the summer heat and kept the cake in her air-conditioned van for six hours waiting for the reception.

16) The daughter of a veteran, Lakeesha served 10-and-a-half years in the Air Force. She spent the last five years of her service at Fort Hood. Before joining the military, she graduated from Copperas Cove High School. Go Dawgs.

18) The building the bakery is in was built in 1883 and was once the town's bank and post office. It still has the original bank vault and pressed-tin ceiling.

1,544th in a series. Follow “Day Trips & Beyond,” a travel blog, at austinchronicle.com/daily/travel.