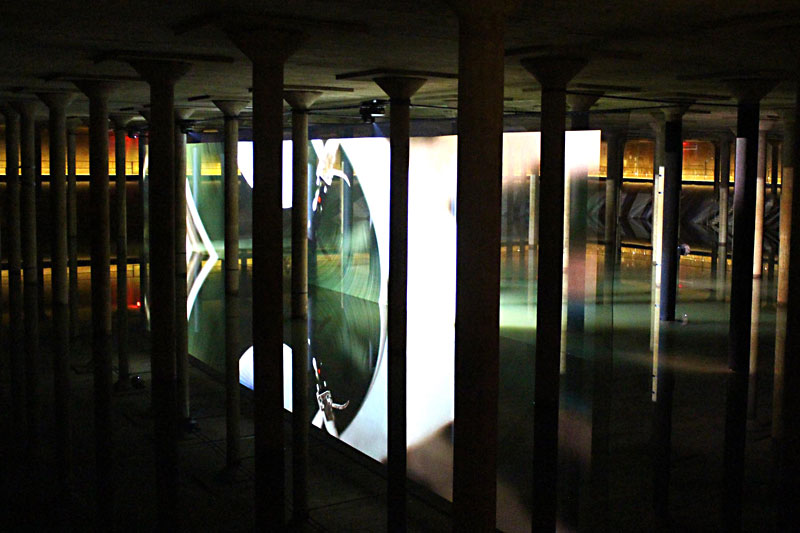 Time No Longer fills the underground Buffalo Bayou Park Cistern in Houston with sound and light that bounces off the water on the floor and hides behind the 221 supporting columns.

This is the third site-specific art installation in the former municipal water reservoir since it opened as an art gallery in 2016, and perhaps the most ambitious. Internationally acclaimed artist Anri Sala has projected a film of a record turntable floating in the space, accompanied by music inspired by a composition done in a World War II prisoner-of-war camp and an arrangement by astronaut Ronald McNair that he had planned to record in space but never did because of the space shuttle Challenger disaster. 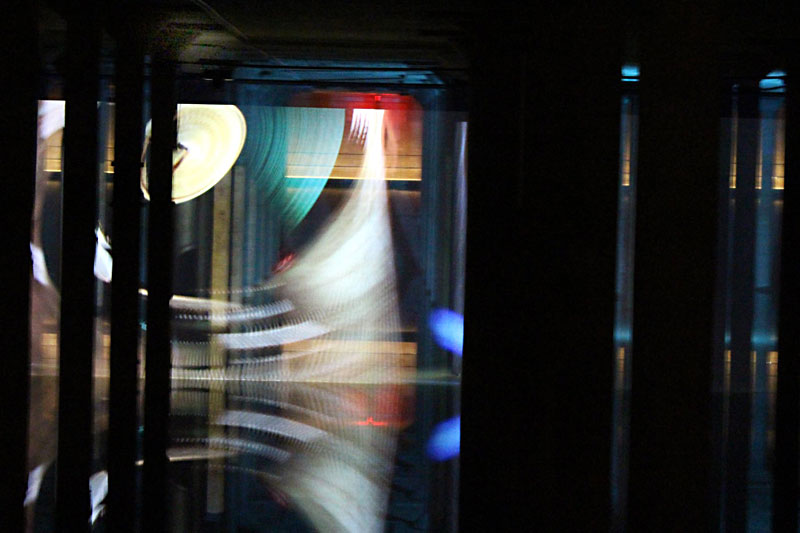 The Berlin-based multimedia artist says the installation is about solitude and timelessness. Visitors watch two 13-minute loops of the film as they walk around the 87,500-square-foot cavern. Throughout the tour there are intense periods of darkness and flashing lights. 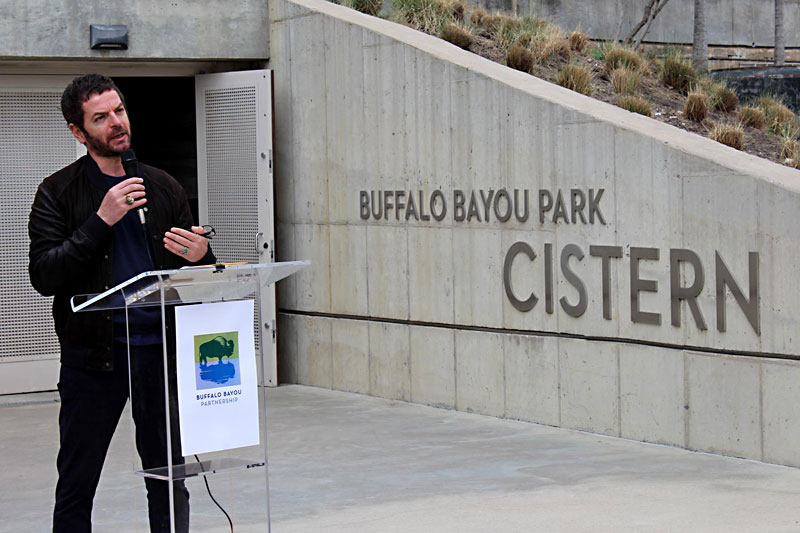 The cistern was built in 1926 and was decommissioned in 2007 because of a leak. The size of 1½ football fields, entering the window­less space is a bit like walking into a spaceship with its low ceiling. Visitors walk around the edge of the tank on a promenadelike walkway in one of the most unique art spaces in the world.

Time No Longer will be at the Buffalo Bayou Park Cistern through Dec. 12, and history tours of the cistern are also given daily. It is located at 105 Sabine St. between Memorial Dr. and Allen Pkwy. Tickets must be purchased in advance of the daily tours, and admission is free on Thursdays. For more info, call 713/752-0314 x301 or go to www.buffalobayou.org/visit/destination/the-cistern.

1,543rd in a series. Follow “Day Trips & Beyond,” a travel blog, at austinchronicle.com/daily/travel.