Visiting the father of Texas blues 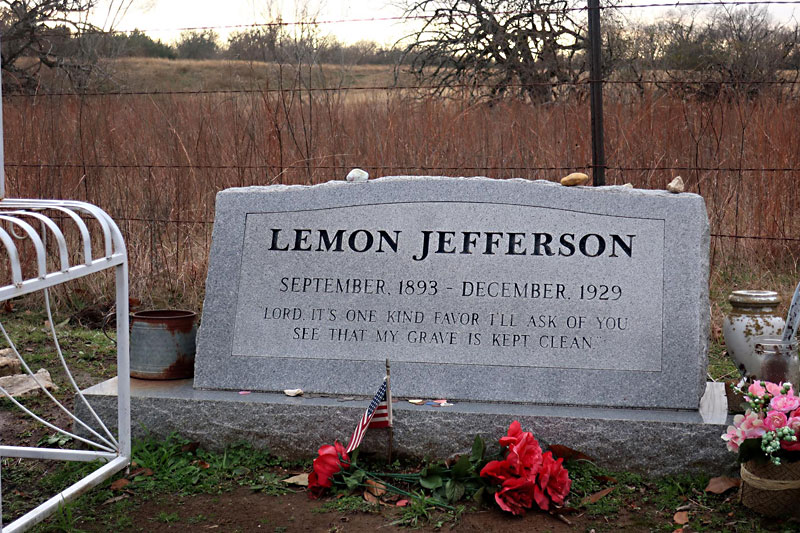 Blind Lemon Jefferson's grave in a small cemetery off Highway 14 north of Wortham is a well-kept spot along the back fence honored with a metal state historic marker.

Often called the "Father of the Texas Blues," the exact location of Jefferson's final resting place in the Wortham Negro Cemetery is a mystery, as is most of his biography. 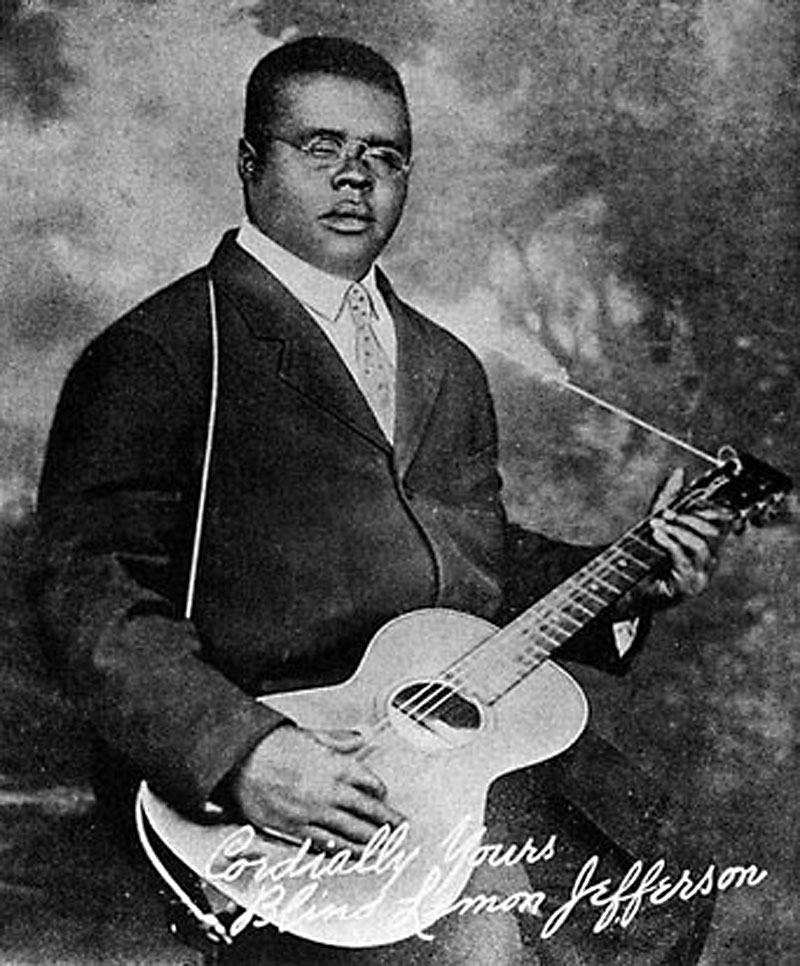 Jefferson was born blind in a sharecropper's cabin on Sept. 24, 1893, near Coutchman, a settlement that no longer exists, west of Wortham. At a young age he began playing guitar and singing for coins on street corners and juke joints around Mexia.

By the time he was 19 years old, Jefferson was hanging out in Dallas' Deep Ellum neighborhood with the then-24-year-old Huddie "Leadbelly" Ledbetter. Jefferson's favorite corner was at Elm Street and Central Avenue (now Central Expressway). 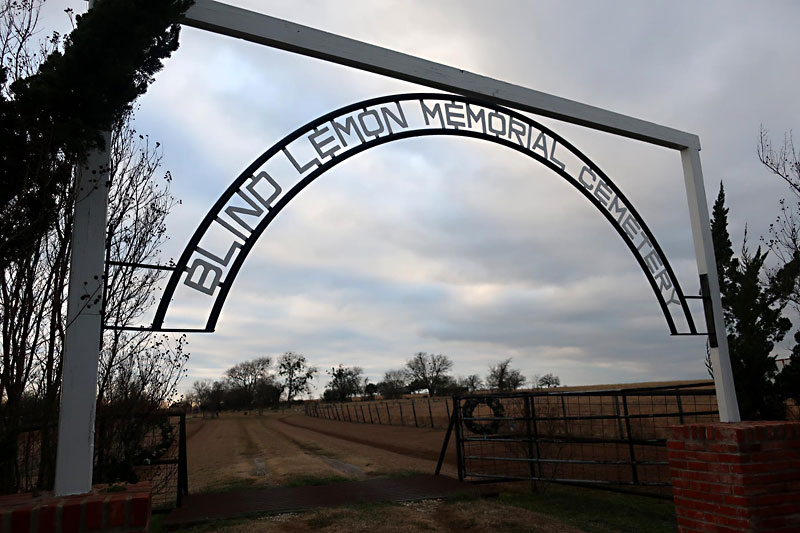 Jefferson gained a national audience after he was discovered by Paramount Records. Over the next three years, until his death in 1929, Jefferson recorded 110 tracks and released 43 records. The songs ranged from gospel tunes to bawdy barroom songs. Even on the poor-quality recordings of the day, his intricate guitar licks stand out.

His most famous songs, "Matchbox Blues," "Black Snake Moan," and "See That My Grave Is Kept Clean," inspired Texas musicians that followed and have been covered by the Beatles, Bob Dylan, the Grateful Dead, and many others.

Mystery surrounds Jefferson's death in a snowstorm in Chicago on Dec. 19, 1929. The record company paid for the return of his body to Wortham. In 2007, the graveyard's name was changed to Blind Lemon Jefferson Memorial Cemetery. A local committee and visiting music fans keep his grave clean.

1,534th in a series. Follow “Day Trips & Beyond,” a weekly travel blog, at austinchronicle.com/daily/travel.