The crown jewel of the Guadalupe River 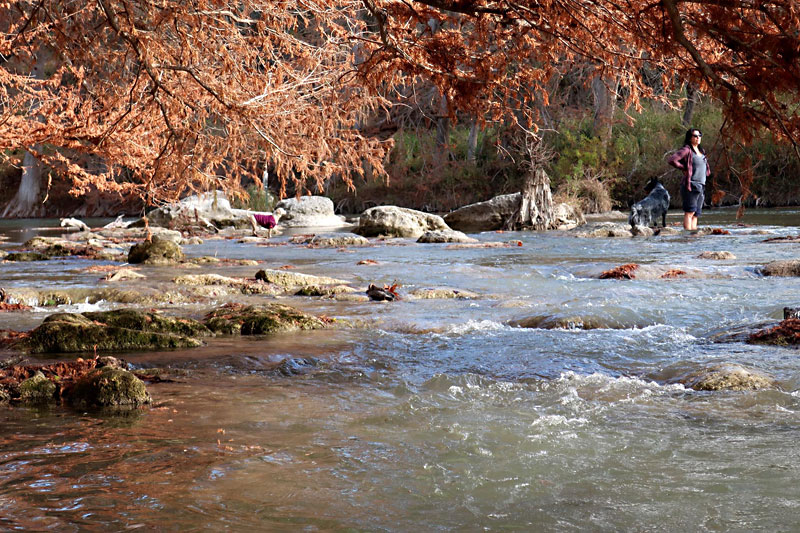 Guadalupe River State Park outside of Spring Branch is nearly a perfect example of why we love the Hill Country.

Just 30 miles north of San Antonio, the park descends from the hills covered in a tangle of Ashe junipers and spindly oaks down to a lush riparian forest of bald cypress along the river that has cut limestone bluffs in the river banks. 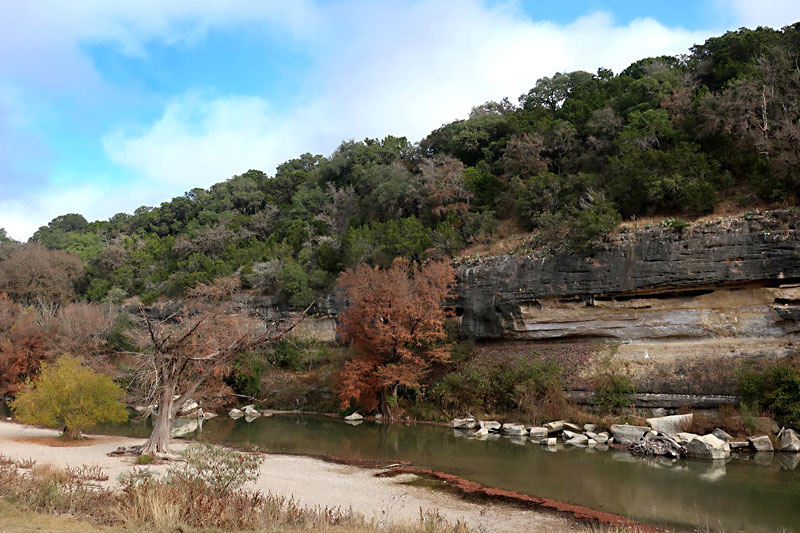 The legend goes that the idea for the state park originated back in the Seventies when a state legislative delegation was canoeing down one of Texas' most scenic rivers. The group was accosted by an irate rancher who told the group to get off "his" river. This was the beginning of legislation that created public access to the river that opened in 1983. There are now nearly a dozen access points on the 15-20 miles of river between the state park and Canyon Lake.

The state park is perhaps the grand jewel of the river. During the summer it's a prime swimming hole with deep pools and shallow rapids. Nearly 10 miles of multiuse trails wind from the hills to the water's edge providing plenty of room for hikers, mountain bikers, and horse riders to spread out. 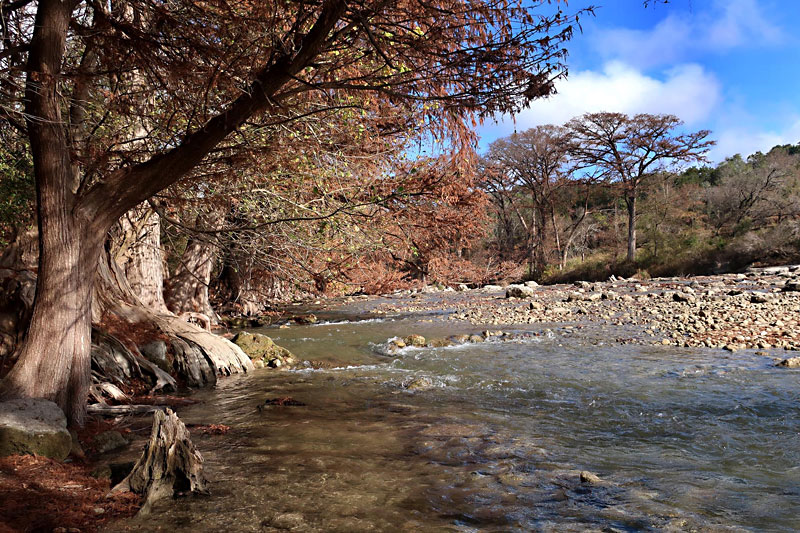 At just under 2,000 acres, the park, along with the neighboring Honey Creek State Natural Area, protects nearly 4,000 pristine acres. The natural area was obtained by the state through the Nature Conservancy and a private individual, and is only open to visitors on Saturday morning guided hikes (currently canceled due to COVID-19 precautions).

Guadalupe River State Park is a year-round oasis about two hours from Austin near Bulverde. Day passes and camping permits should be purchased online before arriving at www.tpwd.texas.gov.

1,533rd in a series. Follow “Day Trips & Beyond,” a weekly travel blog, at austinchronicle.com/daily/travel.