Fort with a view 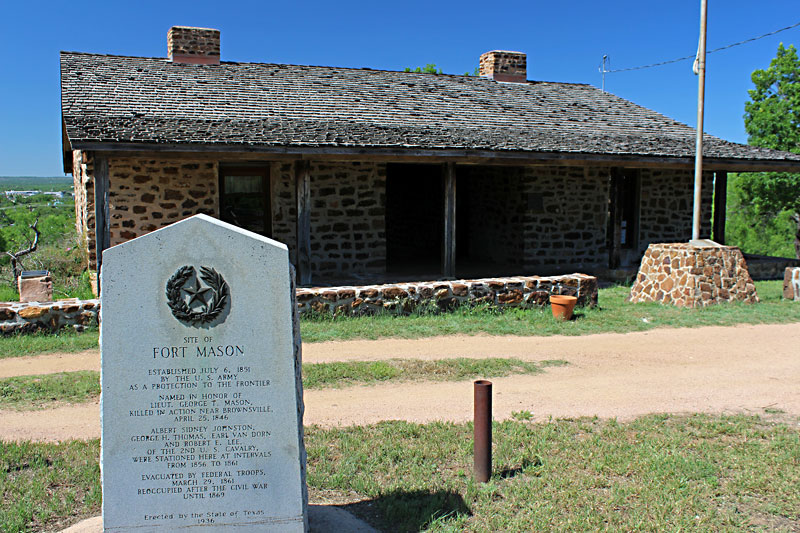 Fort Mason once stood on the sword's edge of the Texas frontier. Now, a reconstructed rock building is all that remains of the once bustling military base overlooking Mason.

Beginning in 1848, the U.S. War Department authorized a line of forts stretching from the Red River to the Rio Grande. Fort Mason was one of 16 frontier forts intended to separate Native Americans from settlers pushing west. Established in 1851 on Post Oak Hill, the fort 42 miles north of Fredericksburg was a collection of 25 rock and adobe buildings at its peak.

Like many frontier posts, Fort Mason suffered from having too few soldiers, too large an area to cover, and spotty supplies. The post was seen as a chance for adventure by young military officers even though it was considered a hardship assignment.

In the fort's first 10 years, it produced 20 soldiers who became generals during the Civil War. Most famous among the officers at the fort were Robert E. Lee, Earl Van Dorn, E. Kirby Smith, and John Bell Hood. 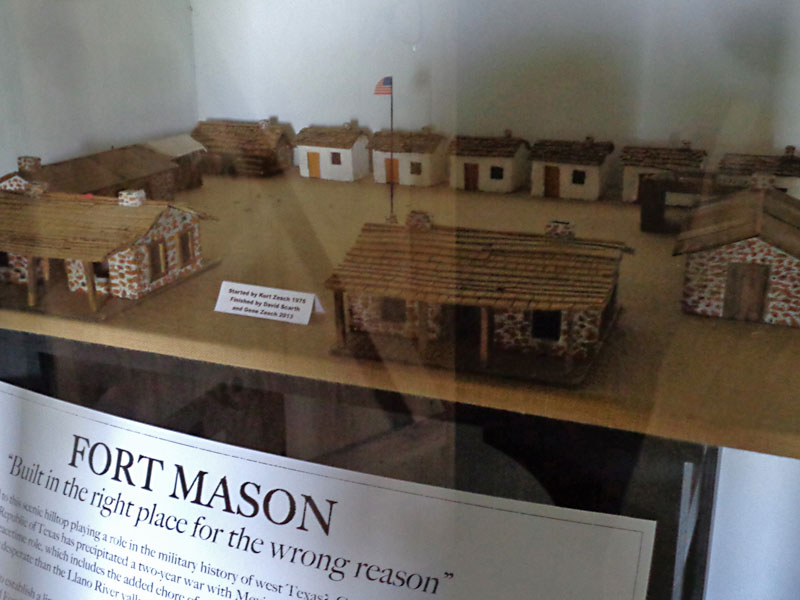 Absent during the Civil War, the military returned in 1866. By then, American Indian raids had been replaced by lawlessness during Reconstruction. The fort was finally abandoned on March 23, 1869.

Over the years, the fort gradually disappeared as locals used the building materials for other construction projects. In 1975, a local group reconstructed an officers' quarters as a historic site overlooking the valley.

Fort Mason is south of the courthouse in Mason. Take Post Hill Street past the "Old Yeller" statue in front of the library. The Mason Square Museum, 130 Fort McKavett St., houses artifacts from the era of the fort (www.masonsquaremuseum.org).

1,523rd in a series. Follow “Day Trips & Beyond,” a travel blog, at austinchronicle.com/daily/travel.