The Luv Doc: A Cult of Ignorance

I don't know if it's just me, but the posts on social media about coronavirus safety measures have gone completely off the rails, and I am sad to say I have at least two friends who post crazy things multiple times a day! I don't even know how they come up with the amount of BS that they do. I would swear they are Russian bots, but I know these people. I grew up with them in East Texas. Every day they post something about celebrity pedophile cults, or about Bill Gates trying to microchip everyone so he can force them to get vaccines and make even more money, or how antifa is coming to their town to burn down all the white people's houses – with a side order of hydroxychloroquine and "All Lives Matter." I want to block them, but I feel like I can't because otherwise no one would challenge them on their craziness. Most of the time I just think, "Why am I even Facebook friends with them?" What do you think? Should I pull the plug? I don't think I would lose a minute of sleep if I did.

Wait a minute ... I thought antifa was headed to Sturgis to mix it up with the bikers. Now you're telling me they're headed to Westlake? This should be interesting. Tell them not to go over 35 ... or rather, tell them if they are going to go over 35 they'd best be driving a late model Suburban with a soccer ball sticker on the back window that has a name like "Kayleigh" or "Chandler" above it or those Westlake cops will thug 'em up real good. Hell, I don't even own a car that's nice enough to drive through Westlake without getting the stinkeye from the po po. Every time I have to take Bee Caves I toss all the roaches out of my ashtray and keep my hands visible at 10 and 2. Fortunately, I've been too broke to afford plastic surgery so I haven't had the need to visit the 46 in the last few decades. Even if I had the money, I'm not sure butt implants are worth the beat down. One thing is certain: You can't trust anything you read on the interwebs these days.

For instance, it's entirely possible that Bill Gates has a plan to microchip everyone in the U.S. I'm sure he might have his reasons. He has 100 billion dollars to shed before he gets into heaven, so he's going to have to get creative. Anyway, good for Bill and whatnot, but the idea that Bill Gates gives one wet fuck about the keeping up with the whereabouts of some dude named Skeeter in Moledick, Texas, is pretty goddamn far-fetched if you ask me. I have a similar problem with the idea that God is taking a personal interest in any of my shenanigans. If that's actually the case, I'd like a trade-in. I want my omnipotent creator to be working on big picture stuff like self-cleaning toilets or peanut butter that doesn't stick to the roof of your mouth.

Admittedly, most of my knowledge of Big G comes from actually reading the Bible and perhaps more importantly, Isaac Asimov's Guide to the Bible – available on Amazon for only $59.95! I trust Asimov more than most of the clergy, who I think we can agree are pretty shit at turning out decent science fiction. At least if Asimov was yanking my chain it's comforting to know he was a professor of biochemistry and has an asteroid named after him. He also penned this little gem of prose:

"There is a cult of ignorance in the United States, and there has always been. The strain of anti-intellectualism has been a constant thread winding its way through our political and cultural life, nurtured by the false notion that democracy means that 'My ignorance is just as good as your knowledge.'"

Heavy shit, huh? Although you have to admit it's somewhat comforting to know that belligerent idiocy has been trending in America since we started tossing tea in Boston Harbor. Ignorance is always at a constant simmer – especially here in Texas, and it's unlikely that you are going to cool it down with measured, insightful counterpoint. The question is, do you have the emotional fortitude to get up and face it down every day? I am not sure I do, but I occasionally have my moments, and usually those moments are when I shut the fuck up and really listen. Every day is a new day. I hope yours goes well. 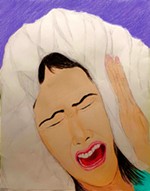