Qmmunity: An Ode to Janna Zumbrun

In praise of our queer elders 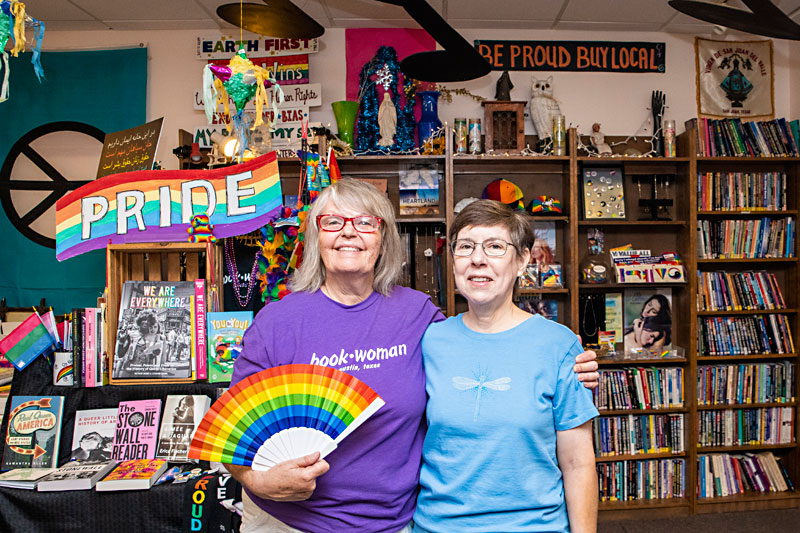 So we say so long to a qmmunity legend. Last week I got word that Janna Zumbrun and her partner Jeanne have made their long-planned (and COVID-stalled) move to the Sunshine State. Austin's qmmunity owes so many of our protections today to the incredible groundwork Zumbrun and other activists laid in the Seventies and Eighties. As a member of the Human Relations Commission (today's Human Rights Commission), Zumbrun – who was the first openly gay person to serve on a city commission in Austin – championed the inclusion of a sexual orientation protection in a Public Accommodations Ordinance in 1976. Two years later she and other activists created the Austin Lesbian/Gay Political Caucus, which helped form Citizens for a United Austin. Without the CUA's campaign against local efforts to exclude a sexual orientation protection from the city's Fair Housing Ordinance in 1982, it's possible that the opposition, Austin Citizens for Decency, could've had their way. Later, Zumbrun shifted her focus to HIV/AIDS advocacy. She was the first executive director of AIDS Services of Austin (now Vivent Health) after its formation in 1987. For more on Zumbrun's contributions, revisit my and Sarah Marloff's 2019 Pride feature, "The History of the LGBTQ Movement in Austin." On the drive home from that feature's interview with Zumbrun – when I met her – I cried. Zumbrun was the first member of the Stonewall Generation I'd ever met; her recollections rocked me. But where do those memories go if nobody's listening? So, in honor of Zumbrun, I challenge my readers to check in on their queer elders this week and just listen. As a queer sage once told me, "Your own culture is worth a memory."

Dykes You Should Know Submissions Any and all flavors of performances about the lezzes in your life are welcome. Ongoing. www.lezbintouch.com.

DJ Chorizo Funk Livestreams The "Best of Austin" award-winning DJ's cumbia beats are so nice, you should rock your body to 'em to twice: Friday nights on Facebook Live, followed by a 10pm Instagram set on Saturday. Fridays, 8pm; Saturdays, 10pm. www.fb.com/djchorizofunk.