This woman is hot AF 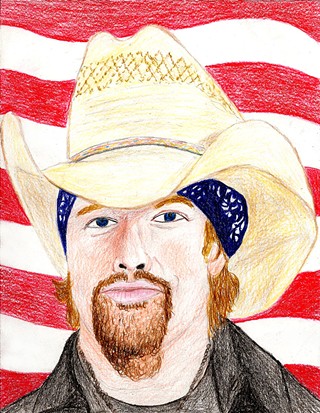 Me and my lady friend were watching the news last Sunday, and I casually pointed out that all those protesters Downtown rubbing up against each other weren't practicing proper social distancing. She lost it and started screaming at me and says I caused this problem because I didn't vote for Hillary. Long story short, she quit speaking to me other than with her middle finger and started sleeping in the guest room with the dogs. I think she has an extra bad case of Trump Derangement Syndrome. What do I give her for that? She already smoked all my weed.

– Stuck In but Locked Out

Look, I know voting for Trump wasn't the smartest thing you ever did, but sending this letter is going to be the equivalent of your girlfriend posting about a thousand Tinder profiles that all say, "I'm up for anything." Have you forgotten this is The Austin Chronicle? Every single person who reads the Chronicle and is into women is thinking, "This woman is hot AF. How do I get her number?" Actually, I am amazed you have been able to keep her around for three-plus years – unless, of course, this is some sort of hostage situation. How do I know you've been together that long? Easy. There is no way you met her after you voted for Trump and successfully let that bomb drop. So, either you're a billionaire or you have this woman sequestered somewhere where no one can hear her screams. If that's the case, please turn yourself in.

If instead you really are a billionaire, buy her some more goddamn weed. That shit is dirt cheap these days even at pandemic prices. I know personally that if I had to live with someone who voted for Trump – even if they did so with the best intentions or totally by accident – I would have to be stoned out of my fucking gourd. Yes, forgiveness is divine, I know, but most people have trouble connecting with the magnanimity of godliness without cooking off a large portion of their sentience. Similarly, not everyone can look at an American flag, a spray tan, or a MAGA hat and automatically switch to brain-stem-only functioning. Sometimes they need some assistance: like a 12-pack of Natty Light, the revving engine of a monster truck, or the heart-swelling music of Toby Keith. Here's the deal: If you want a sensible person to chill the fuck out about your ignorant fucking dog-whistle white nationalism, just know that they are going to need something that completely disconnects them from their ability to reason. Actually, fuck it. I don't know if there is enough weed in the universe.

Lastly, I realize that in your delirious, self-congratulatory haste to point out the irony of lives being put in danger to protest lives being put in danger, you might have overlooked the ignorance and insensitivity of your statement. I bet I wouldn't be wrong to suggest that you might have even delivered it with a side of unnecessary smirk. That is one of the dangers of being a dumbass: the belief that you're smarter than everyone else. It's a disease that affects our commander-in-chief as well. It must have been difficult to imagine that those thousands of protesters out there in the streets putting themselves and others in danger hadn't already done some serious moral searching and decided that the situation was dire enough for immediate action, that they were fully aware of the possible consequences. It's probably also difficult to imagine the immense shame and disgust your ex-lady friend must feel from living with an unrepentant Trump supporter. What do you give her for that? I don't know. Maybe an apartment across town and a new gentleman friend? The good news is that you're probably halfway there already. 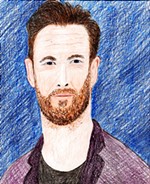 The Luv Doc: A Huge Dick
Not everyone is feeling the love. 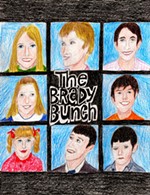 The Luv Doc: A Bad Case of ZTSD
The Luv Doc has a fat Santa's bag of helpful advice