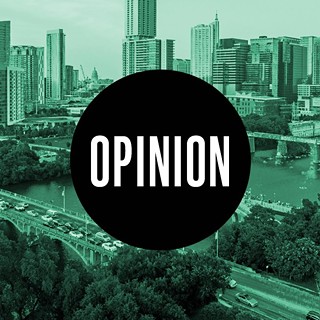 There are few things Texans value more than property rights and few things closer to our collective imagination than iconic Texas landscapes and the wildlife that fills them. An ongoing battle over a pipeline in the scenic Hill Country threatens both – and represents a chance to bring together some odd bedfellows to fix it.

When pipeline operator Kinder Morgan announced plans to build a pipeline through the Hill Country, environmentalists, local officials, and property owners were concerned. They sued to halt the project, claiming the pipeline's construction and permitting process would harm endangered species and violate administrative laws.

If constructed as planned, the pipeline would cross through the recharge zones for both the Edwards and Trinity aquifers – the primary sources of water for most of the Hill Country. Additionally, it would carve through habitats of the endangered golden-cheeked warbler, Houston toad, and Tobusch fishhook cactus.

But the U.S. District Court recently sided with Kinder Morgan, allowing construction of the Permian Highway Pipeline to proceed. While the landowners and local officials didn't win the day, their loss isn't the end of the war.

Focusing on violations of administrative and environmental law was the correct and, perhaps, only path forward in the immediate fight. But the Texas Legislature convenes every other year. A broader strategy could prevent fights like these from happening in the first place.

Under Texas law, eminent domain authority, the ability of an entity to seize private property, extends to "common carrier" private pipeline operators. It is under this provision that Kinder Morgan intended to purchase (not necessarily with the consent of the property owner) easements up to 100 feet wide along the path of the pipeline.

Concerns about how pipeline operators exercise this authority aren't new. In fact, during the last legislative session, the issue took center stage at committee hearings. Bills were authored by legislators spanning the full ideological spectrum of the Texas Legislature – from Lois Kolkhorst on the right to Terry Canales on the left. Unfortunately, neither saw much success.

In 2019, the political infrastructure needed to make smaller reforms didn't yet exist, but the issue in the Hill Country is a call to arms. Texas needs to repeal eminent domain authority for pipeline operators entirely.

This proposal isn't unheard of. In fact, Congress attempted to make a similar, though watered down, reform to interstate pipelines in the CLEAN Future Act. While that legislation was presented in purely environmental dress, its reforms to eminent domain need not be. Texas could build a coalition of environmentalists and property rights advocates to get the job done right.

Commenting on the Act, David Bookbinder of the free-market Niskanen Center put it well: "... it is a fundamental matter of justice that government should forcibly take private property only as a measure of last resort, when truly for public use, and must compensate the property owners sufficiently to render them indifferent to the taking. And, unfortunately, using eminent domain for natural gas pipelines meet none of these criteria."

Without the authority of eminent domain, Kinder Morgan would have to negotiate equitably with landowners. They would be on equal footing with those who are naturally motivated to protect their property. Under this proposal, the warblers, toads, and cacti have an advocate in the process.

Eminent domain reform is a coalition-building issue that allows us to protect our environment and the rights of Texas landowners simultaneously. The Permian Pipeline Highway proves this point. With greater property rights protections – an idea at the core of Texas's political identity – we can meet the concerns of property owners and environmentalists alike.

Cutter W. González is the Urban Policy Fellow at Lone Star Policy Institute. He worked with the American Conservation Coalition (ACC) team to write this piece. 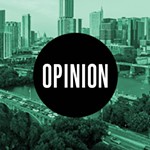 Opinion: Administrative Bureaucracies Make for a Not So Warm Welcome
On the anniversary of her first year in town, a new resident reflects on what's complicated her time here

Opinion: Texas Schools’ Drug Policies Aren’t Working
Schools are contributing to the school-to-prison pipeline by continuing to use drug education that has been proven to be harmful