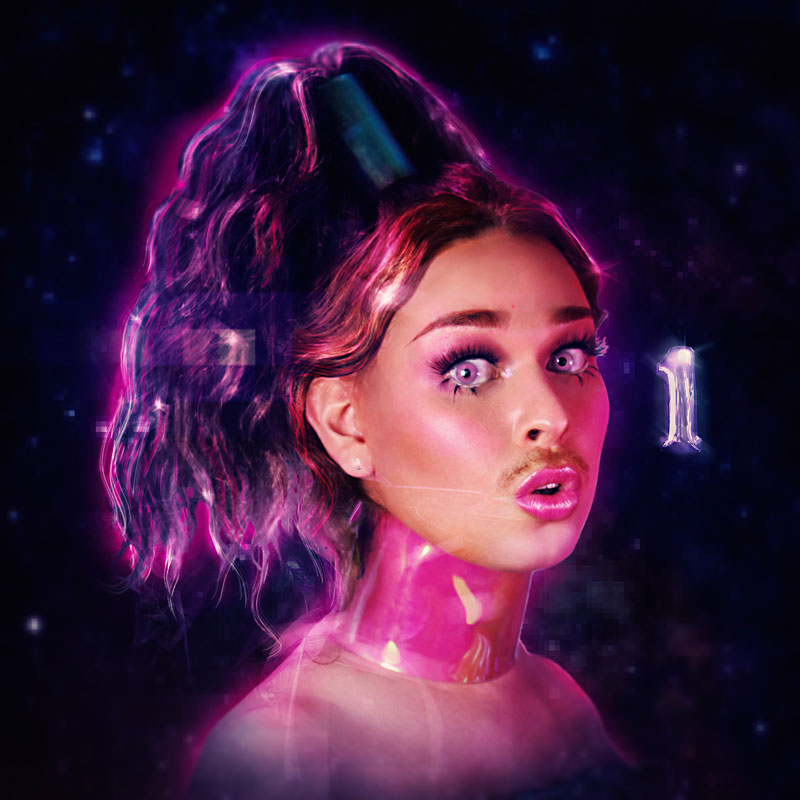 Oh em gee! One half of the Chronicle's "Best Queer Pop Princesses" and guardian of qweeah nightlife, p1nkstar, releases her debut EP, Number 1 Hits!, this Friday (March 6, Coconut Club, 310-B Colorado. $5 suggested donation). After three years of performing live and not making or releasing new music, the pop chanteuse experienced a revelation: "It was time to build something that defines who p1nkstar is and what my sound is," she tells Qmmunity. "I love my fans and love performing live but wanted to create something that can be shared beyond a performance." The five-track EP, which p1nkstar calls a joint effort of Austin's artistic qmmunity, was produced by Ben Aqua, Mr.Kitty, and Boy Sim. She adds that anyone who's been involved with the project – from vocalists to stylists – is queer and mostly POC. The producers and others who have worked on the EP, like Faux Diva, will be spinning music throughout Friday's party, which also witnesses the debut of p1nkstar's new multimedia performance featuring "videos, flashing lights, iconic vocals, and new choreographies." Oh, and there'll be drag, too. The release catches p1nkstar at a whirlwind time in her career. She and her frequent collaborator, Y2K, are prepping for their SXSW kickoff, CYBERBABES (March 15), alongside BossBabes ATX. The pop diva is also slated to perform at Bushwig's South By showcase (March 20) for a thoroughly queer end to the Fest. On the horizon, p1nkstar reveals there are tentative plans for her to perform for the first time in her home country of Mexico toward the end of the year, but for now, there's an EP to celebrate. "I am so, so excited to show my queer family what I have been working on for so long and what they have inspired me to create," p1nkstar says. "I am really proud of everything that we have been able to create together."

The Iron Bear Grand Opening Our only bear bar is back and bear-ier than ever! Help 'em welcome their new location with UnBEARable on Thursday; United Court of Austin's performance on Friday; Saturday's gear night; and the much-loved beer bust's return on Sunday Fungay. 21+ to party with da bears. Thu.-Sun., March 5-8. The Iron Bear, 301 W. Sixth. Free. www.theironbear.com.

Cheer Up Charlies' 10th Birthday Austin's queer-owned haven for all kinds of weirdness and queerness is hitting the double digitz, and yer invited to celebrate with some of Cheer Ups' fave DJs. A drag spectacular at midnight awaits! Sat., March 7, 9pm. Cheer Up Charlies, 900 Red River.