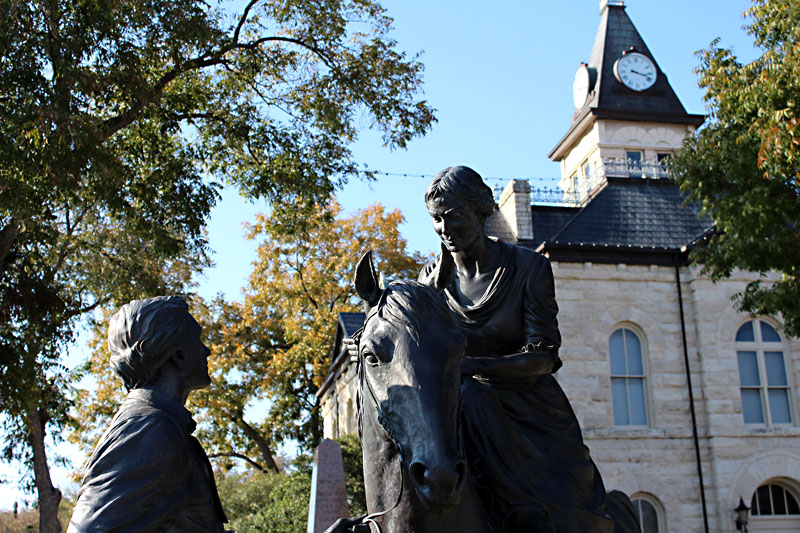 Statues of Texas women are in short supply compared to likenesses of white men.

In honor of the International Women's Day on March 8, 2020, I conducted an informal inventory of public sculptures of individual Texas women. My list of 29 statues around the state makes no claim of being all-inclusive.

Juana Josefina Cavasos Barnard appears in a bronze statue with her husband, Charles, in front of the Somervell County Courthouse in Glen Rose. A freed captive of the Comanche, Juana helped her husband construct the first building in Glen Rose.

Francita Alavez, known as the "Angel of Goliad," is honored with a statue near the old presidio in Goliad where she came to the aid of the Texan prisoners.

Angelina was a citizen of the Hasinai tribe who served the Spanish as a guide and interpreter. She is memorialized outside the Lufkin Convention Center in the county that bears her name.

Nestora Granillo Piarote, an accomplished native potter, was honored with a 12-foot-tall statue at the Tigua Indian Cultural Center in El Paso. The memorial was created to honor all tribal women.

Susanna Dickinson returns to the grounds of the Alamo in San Antonio. The statue of the survivor of the Battle of the Alamo in 1836 was among 17 statues of Texas heroes once featured at SeaWorld.

Angelina Eberly continues to fire a cannon on Congress Avenue in Austin. Angelina was an innkeeper who alerted the town to the absconding of state records in an attempt to move the capital to Houston.

Molly Goodnight lived a lonely life as the wife of cattleman Charles Goodnight on the Panhandle prairie between Clarendon and Armstrong. She lives on in bronze at the Goodnight Historical Center with two bison calves that she rescued. 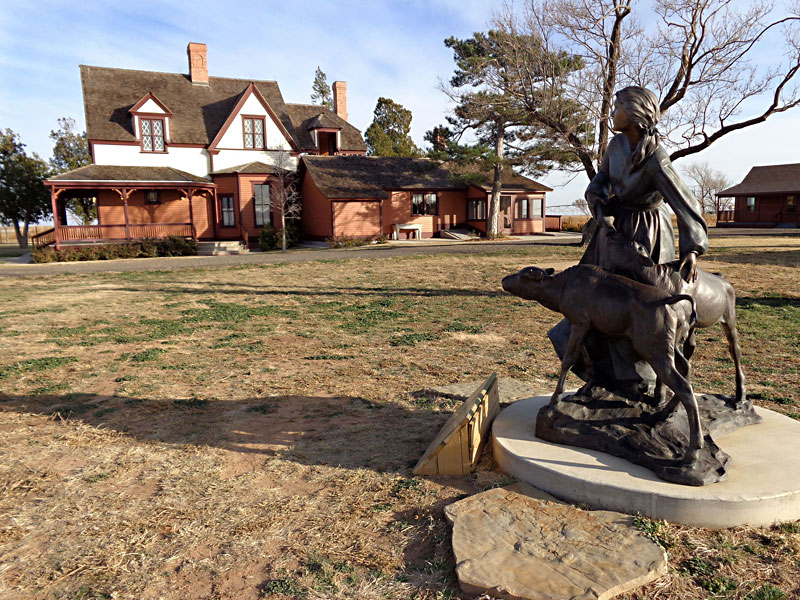 Elizabeth Crockett came to Texas to claim her husband's land survey after he was killed at the Alamo. The state placed a stone statue of her in the Acton Cemetery and her burial site is the smallest state park in Texas.

The Pioneer Woman in Round Rock is a statue dedicated to the memory of Harriett "Hattie" Cluck, one of the first women known to travel up the Chisholm Trail.

Peggy is the likeness of Elizabeth "Peggy" Stevens MacGregor, the driving force behind the creation of MacGregor Park in Houston. It was done in 1927 by John Gutzon Borglum, the sculptor of Mount Rushmore.

Miriam "Ma" Ferguson was the first female governor of Texas, and a bust of her graces the first floor of the state Capitol.

Mary Martin stands outside of the library in Weatherford, her hometown. The likeness shows her as Peter Pan, a role she played on Broadway.

Janis Joplin is frozen in time with a bust at the Museum of the Gulf Coast in her hometown of Port Arthur.

Barbara Jordan was an outstanding Texas politician who deserves (and has) at least three statues in her honor – at Austin-Bergstrom Airport, on the University of Texas at Austin campus, and inside the Henry B. González Convention Center in San Antonio.

Maria Corbalan of Austin placed a likeness of herself over Maria's Taco Xpress with her arms spread, welcoming all who enjoy good Mexican food.

Selena Quintanilla-Pérez was just 23 years old when she was murdered at the height of her career. The Queen of Tejano Music is remembered with statues on the bayfront in Corpus Christi and the River Walk in San Antonio.

Lauren Grandcolas was a passenger on United Airlines Flight 93 on Sept. 11, 2001. She is remembered with a memorial in a small garden in downtown Houston's Market Square Park. 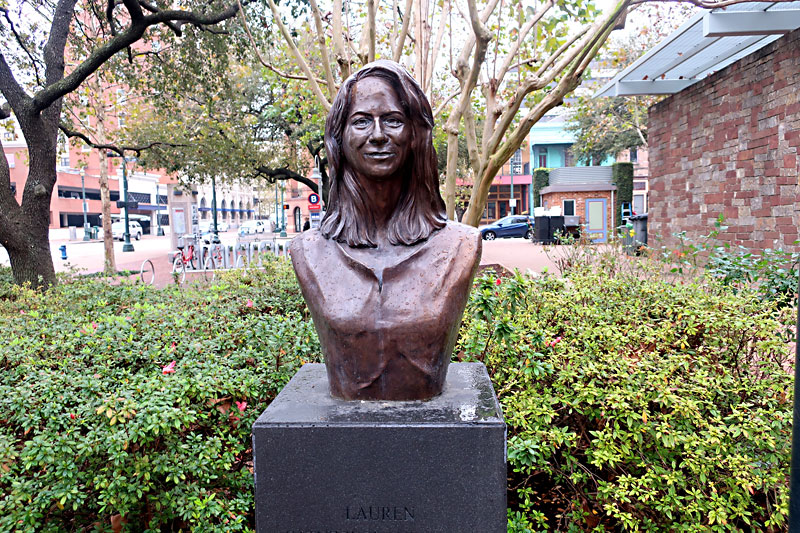 9/11 Flight Crew Memorial in Grapevine depicts a female flight attendant, and the names of crew members who died in the plane crashes are inscribed on the base of the statue.

Pioneers statue in a small park in downtown Ozona.

Pioneer Woman statue on the Capitol grounds in Austin.

Blue Bell Girl at the ice cream factory in Brenham.

1900 Hurricane Memorial on the seawall in Galveston includes a woman.

Sor María de Jesús de Ágreda of Spain appeared in a vision to the Jumano tribes of West Texas as the "Lady in Blue." Now the mysterious woman appears as a bronze sculpture on the banks of the Concho River in downtown San Angelo.

Our Lady of Guadalupe appears as a 17-foot-tall sculpture in front of the church of the same name in Port Arthur.

Mary, Mother of Jesus, holds a place of honor in the Kerrville Sculpture Garden.

According to the Smithsonian American Art Museum's catalog of outdoor sculpture, only about 9% of the approximately 6,900 recorded public memorials are of women. Texas has 178 Confederate monuments; only Virginia has more with 223, according to the Southern Poverty Law Center.

I'm sure there are other statues and memorials to Texas women that I have overlooked or not discovered. Please let me know of honored women that I've missed.