Feb. 16 was supposed to be the last olé at the bullring built by former amateur matador Fred Renk, 83. After 20 years of bullfights in the brush country north of Edinburg, the ring is for sale. During intermission at last Sunday's show, David Renk Jr., Fred's grandson, announced that area ranchers might continue the bullfights. 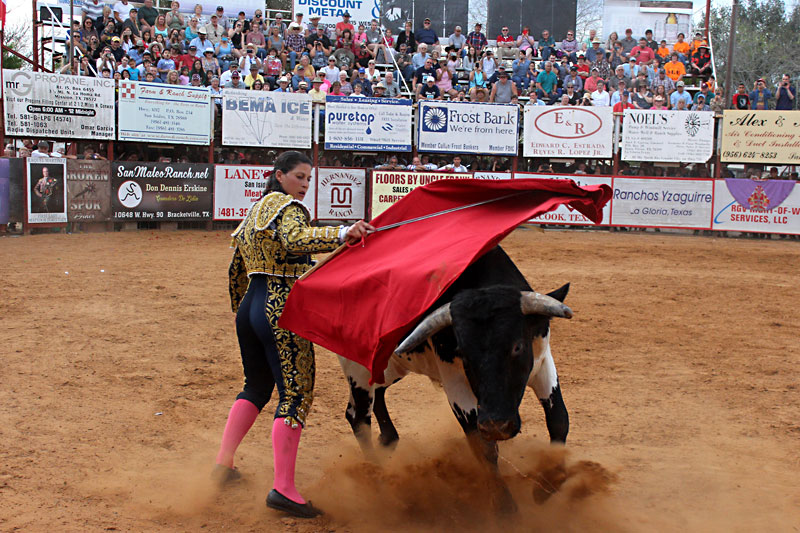 Fred trained in Mexico as a novillero matador until he was gored by a bull. Beginning in 1986, he promoted bloodless bullfights. Killing the bull is illegal in the U.S., so the matador performs a symbolic kill by grabbing a flower glued between the bull's shoulders. 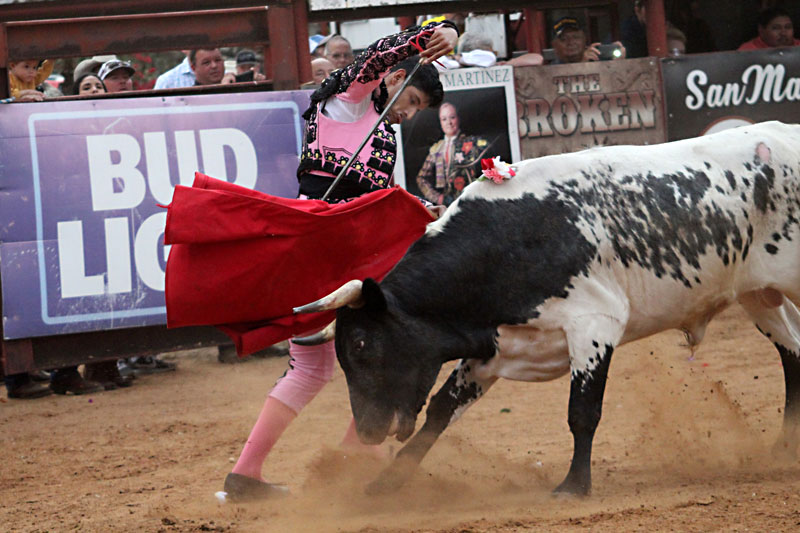 What was to be the final corrida de toros attracted a standing-room-only crowd. The show began with 27-year-old Karla Santoyo and 22-year-old Cayetano Delgado parading into the ring to face two bulls each. After the fight, the bulls retired to the pasture and a career of chasing rodeo clowns.

Santa Maria Plaza de Toros is in La Gloria, about 35 miles north of Rio Grande City and a five-hour drive from Austin. The next bloodless bullfight is tentatively scheduled for March 8, but no further details were available at press time. Santa Maria is one of three bullrings in the U.S.; the other two are in California. 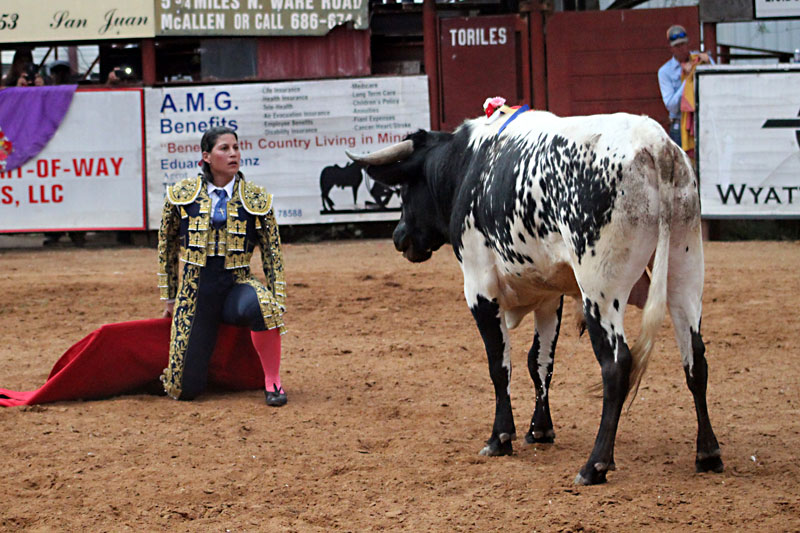 1,488th in a series. Follow “Day Trips & Beyond,” a travel blog, at austinchronicle.com/daily/travel. Find this story online to see a video of the bloodless bullfight in action.