The Luv Doc: Paying for It

Being broke in America is a cardinal sin

What are your thoughts about being taken on a dinner date by someone and the person's card gets declined? Like, I get we all have surprise expenses, lose track of spending, "A fraud alert must have been placed on my card." But, at 40 years of age, isn't it also an automatic red flag? And, is it worth asking, "What's up with that?" Or do I just discreetly slide my card across the bar?

If you're the kind of person who likes to engage in awkward dialogue about some relative stranger's finances, then go ahead and poke that bear; just know that you're treading on thin ice. I have found that certain people get a little testy when you start intimating they might be broke, which, in America at least, is a cardinal sin. That may seem a little harsh, but consider that sloth and lust are also cardinal sins and people let those slide on the regular. What I am saying is that there are a lot of lazy fuckers out there, and the difference between a lazy fucker and a broke, lazy fucker is ... well, let's just say that at a certain point you're splitting hairs.

But is it a red flag? Yeah, probably; if only because you would expect someone trying to put their best foot forward would have their finances together enough to pay for dinner. Even if they really are somewhat sketchy in that regard, they could at least put a plan together for one date – like paying with cash. To be truthful though, someone without a credit card these days is either a fugitive, a conspiracy theorist, or a hardcore gadget geek who insists on paying with their smartphone. None of those options are ideal, but only one of those options is workable.

Money isn't everything, right? But more often than not, someone who is a trainwreck financially is a trainwreck in other ways as well. It's never smart to jump to conclusions, but if someone's credit card gets declined on a first date and they have long fingernails and they drive a Camaro, it's a good time to call an Uber and check to see if the bathroom has any windows that open.

Yes, mistakes sometimes happen, and it's best to give people the benefit of the doubt, but you also have to trust your gut. I agree that this wouldn't be a big deal if it happened to someone in their 20s, but knowing that it happened to a 40-year-old would definitely bring up a lot of questions for me. Just know that if you decide to go out with this person again, you might be picking up the tab. Don't worry: It's just money, and you can't really put a price on knowledge, can you? 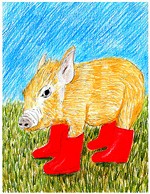 The Luv Doc: An Honest Meatspace Connection
We're just gape-jawed babes at the dawn of a brand new era The Luv Doc: Valentine Deadline
It can wait until Monday