The Luv Doc: Top 10 Things in Austin That Will Ruin Your Relationship

Or, how to find out if your love is double-donkey strong. 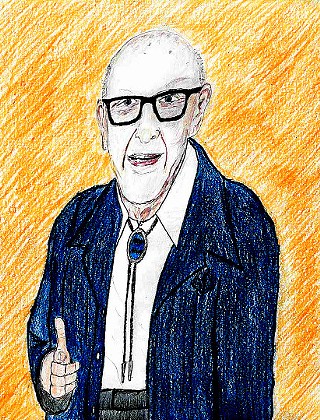 1) Ikea – Technically, it's not even in Austin, but I know you feel me. If your relationship can survive the drive there and back, the rat maze merchandising of the store itself, and the insanely complicated DIY product assembly of whatever cheap shit you haul back, your love is double-donkey strong.

2) Sixth Street on Halloween – Someone in your immediate couple is either going to wear a costume that is a wardrobe malfunction nip slip waiting to happen or something so big and clumsy that even furries give it side-eye. There will be Flaming Dr Pepper projectile vomit, someone will assault a cop, someone will lose an iPhone 18, and someone will break an appendage in a freak dockless scooter accident.

3) Sixth Street on New Year's Eve – Same as above, only add jealous argument for playing drunken tonsil hockey with a rando.

4) Uchi/Uchiko – Their sushi is the bomb, but it's never enough. You fucked up and set the dining-out bar too high. Hopefully you inherit Dell stock or win the lotto.

5) Donn's Depot – You thought it would be fun to go spend a night busting on the olds until you find out your partner actually likes to dance the Lindy hop, drink Jack & Cokes, and gets misty when the band plays "Bobby McGee." Somebody will give their digits to an octogenarian named Shellie.

6) Texas Longhorns Football Game – After four hours of binge-drinking White Claws at Scholz's and another four hours in the stands watching your beloved's alma mater get pwn'd by a marginal opponent, the only thing that might salvage your relationship is a $5 CBD ice pop on the death march back to your car. Spend the money.

7) Zilker Trail of Lights – The holidays are a very emotional time for everyone. Don't make things worse by exposing yourself to other people's children.

8) Lady Bird Lake Canoe Rental – It's always too hot to paddle a canoe on Lady Bird – even in February. There are less brutal ways to find out who really does the work in your relationship.

9) Eeyore's Birthday Party – Even if your significant other really is into body painting, drum circles, hula hoop, trance dancing, tie-dye, hacky sack, body odor, and polyamory, do you really want to find out about it all on the same day?

10) I Love You So Much – ... that I had the person I was with take this picture of me in front of this wall without you. 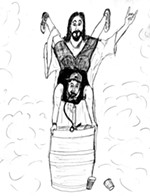 Luv Doc: Beer in Heaven?
What if the bliss they're doling out in heaven is not your jam? 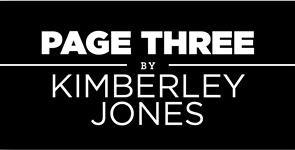 Page Three: Open Season
There's no way to process 2015 without worrying how much worse it's going to get once Texas' open carry law goes into effect 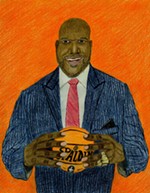 The Luv Doc: Blowing Smoke
Telling the truth is easy. Lying is a lot more work. 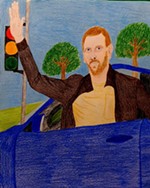