The Luv Doc: For Good Reasons

The decision not to have children is heroic 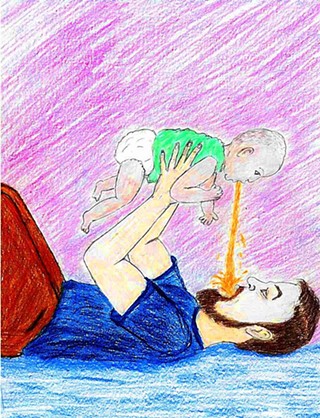 After living with my girlfriend for nearly eight years, we have finally decided to tie the knot. There is only one problem – she doesn't want to have kids and I do. Back when we first got together, neither one of us wanted to have kids and for good reasons. We both had crappy jobs, no health insurance, and a wilder lifestyle. Now we are much more settled in and stable, but she still says she doesn't even want to think about having kids. She says she feels betrayed by me for me wanting to have them – like I had a secret agenda the whole time. I don't know; maybe in the back of my mind I did, but I honestly didn't think she would feel this way forever. How can I convince her that having kids would be great?

I'll agree that kids can be pretty awesome. Keep in mind, however, that I am speaking as a dad. I might have lost some sleep, mopped up a few exploded diapers, and had one, if not more children throw up in my mouth (laugh if you want ... it's easier than it seems), but I have never had an 8-pound cannonball of shit-covered baby flesh rend my taint in twain. I feel fairly certain that no amount of ice chips and verbal encouragement could make me want to sign up for that deal.

In other words, talk is cheap when the only skin in the game you have is being able to make baby batter at peak ovulation times. Maybe if you are willing to vivisect your perineum with a pair of pinking shears and wear nipple clamps for nine months as a gesture of solidarity, you might have a chance of getting your fiancée to the negotiating table, but that's still pretty unlikely. My guess is that she has given deep thought to the prospect of sacrificing her hopes and dreams to a lifetime of service and decided, "Not for me."

That doesn't make her selfish, or dysfunctional, or cowardly. Rather, her decision not to have children is heroic – certainly from an environmental standpoint. Her carbon footprint is going to be a mere fraction of what her breeder counterparts are going to leave – even if she decides to wear her hair in a permanent beehive and tool around in a Dodge Ram 3500 Turbo Diesel. She earned that shit fair and square.

So, maybe you can work up a PowerPoint or a touching video reel that will convince her to take leave of her senses – and if you do, mazel tov – but I feel fairly confident in saying that if she hasn't wavered in her conviction in the last eight years, you are probably barking up the wrong tree. Speaking of barking ... would you settle for a puppy? I have never had one of them throw up in my mouth. 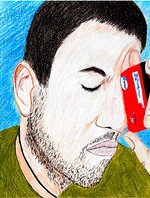 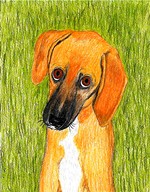 The Luv Doc: Adult-Type Things
It's fine to socialize your kids, but not at the expense of other adults who had no part in their conception