Hike leads to a window on the world 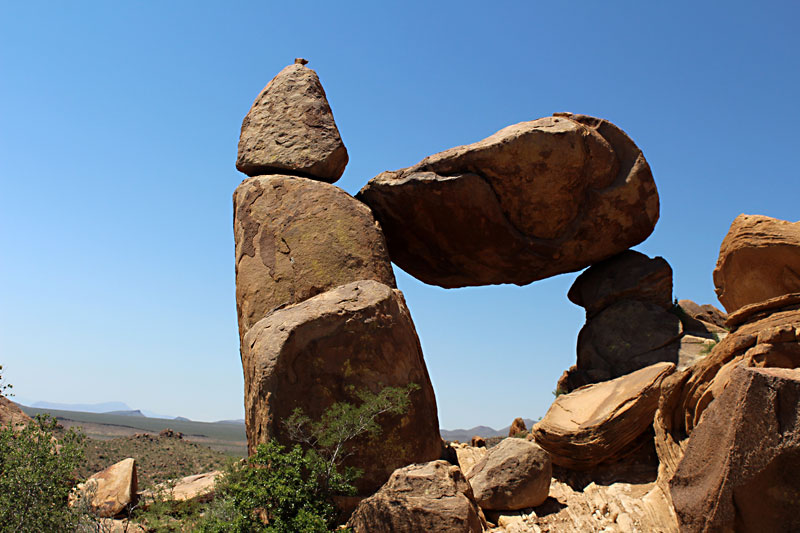 Balanced Rock Trail leads to one of the most spectacular views in Big Bend National Park. From the top of the ridge, the views stretch for miles to the east and west.

Commonly referred to as Grapevine Hills Trail, the 2.2-mile round trip is navigable by hikers of almost any skill level. Following a sandy wash, the trail winds between two ridges littered with granite boulders reminiscent of a valley of reddish-brown monuments. Lizards scurry along the gritty trail ahead of hikers' feet. 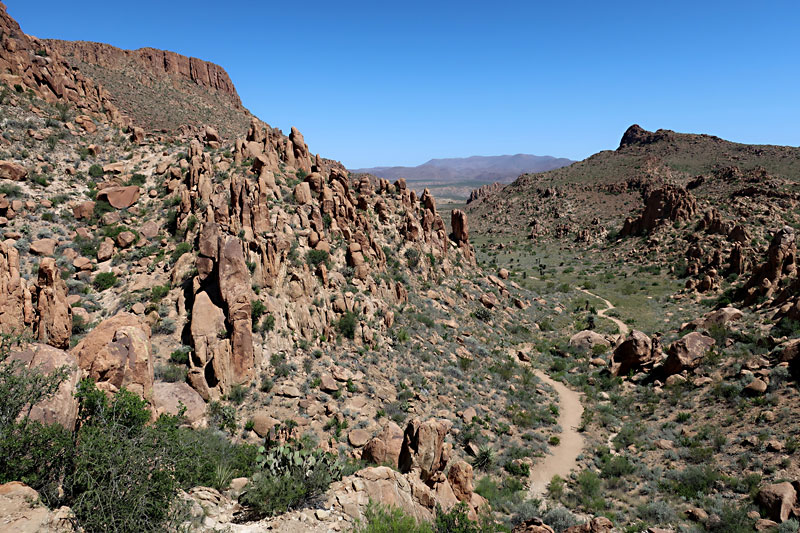 At the end of the trail and a short climb up the ridge is Balanced Rock. From the peak, the mountains in the distance seem to corral the flat desert plains.

An underground magma intrusion formed the Grapevine Hills 27 to 38 million years ago. Erosion gradually exposed the laccolith and sculpted the fascinating shapes of the rocks.

This year Big Bend National Park celebrates its 75th anniversary. At 801,163 acres, it ranks as only 15th in size among the largest national parks. With more than 100 miles of paved road, 180 miles of dirt road, 196 miles of the Rio Grande, and 201 miles of trails, you could spend a lifetime exploring this unique and beautiful park. The temperatures from December to February typically range from 50 to 75 degrees, making winter a great time for a visit. Balanced Rock Trail is near the end of Grapevine Hills Road just west of the Chisos Basin Road. The maintained dirt road makes the trail accessible to most passenger vehicles. In the summer, the valley can get quite hot during the day. The road ends at a primitive camping area beyond the Grapevine Hills trailhead.

1,477th in a series. Follow “Day Trips & Beyond,” a travel blog, at austinchronicle.com/daily/travel.

Day Trips: The Bonfire Shelter
Take a hike into an ancient time capsule

Day Trips: Coming in 2020 Across Texas
What Capt. Day Trips is looking forward to in the new year