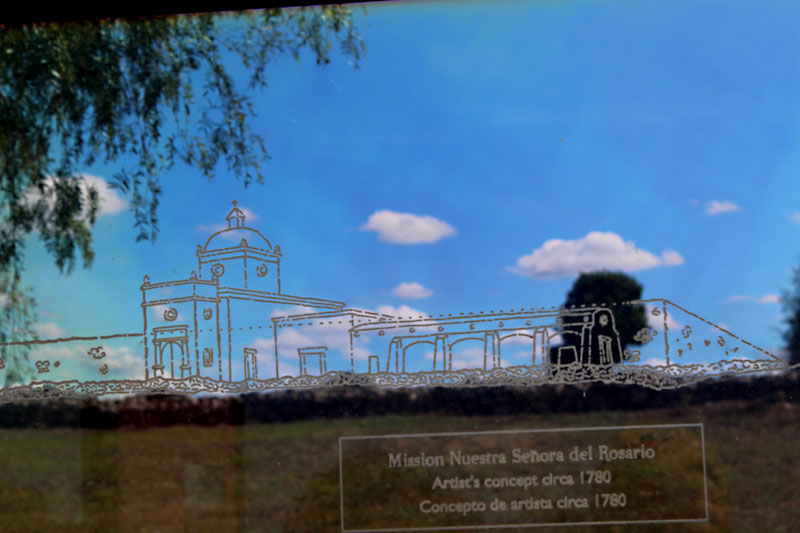 Mission Nuestra Señora del Rosario occupied a scenic hill overlooking the San Antonio River more than 265 years ago. The stone foundation marks the outline of the building like a dark stain on the green hillside.

While visitors cannot walk among the ruins, the remains can be viewed from behind a chain-link fence. Interpretive panels tell the story of the Spanish mission that operated on and off for 54 years and was the beginning of cattle ranching in Texas. Four miles upstream from Mission Espíritu Santo, Mission Rosario had little success with converting the locals to European ways. The native people came during winter and reverted to their old customs in the spring.

The mission did have good luck raising livestock and was involved in the early development of longhorn cattle. Mission Nuestra Señora del Rosario Historic Site is southwest of Goliad off Highway 59. The ruins are a short distance south of the San Antonio River, on the east side of the highway.

1,475th a series. Follow “Day Trips & Beyond,” a travel blog, at austinchronicle.com/daily/travel.