Being queer is pretty awesome, IMPO, but that doesn't always mean it's easy. As many of us know from first- or second-hand experience, there are some special challenges faced by the LGBTQIA+ community, and some of those challenges make things like going to class or finishing school a lot harder than (again, IMPO) it already is. This is why UT's Gender and Sexuality Center is starting its first-ever crisis fund. In honor of the center's 15th anniversary, GSC Director Liz Elsen told me her hope for this fund is to support gay students suddenly cut off from their parents after being outed, trans students who can't access medical care or "money to change their name on their diploma so it matches the name on their research and résumés," those who need help paying for long-term mental health care, and "countless other examples of times students have needed a little extra help." Though the GSC has been helping students with resources and support – they host everything from clothing swaps to community gatherings, reading groups, and even offer a food bank for those in need – for nearly two decades, they've never been able to directly fund students going through hard times. But of course, the GSC can't do this all alone. So they're launching a Hornraiser – basically, UT's equivalent to GoFundMe – to help grow this financial crisis security blanket for queer and trans students. The Hornraiser (OK, I legit cannot take that name seriously) launched on Nov. 6 and ends on Dec. 6, so if you've got some spare cash burning a hole in your pocket, consider this a worthy cause. As the GSC put it: "[Ensure] that all Longhorns thrive and not just survive at UT."

Gay Dregs: Archive Rejects Opening Night FFTwinz (or as you perhaps know them, Beth Cita and Lex Vaughn) are digging through the goldmines of queer trash "that the archives want nothing to do with" and selling what's hot and what's not. Show runs through Nov. 24, but catch them for opening night with a v. special guest. Sat., Nov. 9, 7-10pm. Collection Rert, 2608-B Rogers Ave.

TGQ Social A way-chill hangout for everyone and anyone on the trans spectrum. Second Sundays, 6pm. Butterfly Bar, 2307 Manor Rd.

Austin International Drag Fest Featuring nearly 400 drag performances from kings, queens, and everyone in between at this fierce fest. Thu.-Sun., Nov. 14-17. Around town. $39-125. 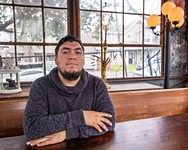 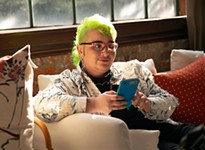