Unspoiled coastal refuge at its best in the fall 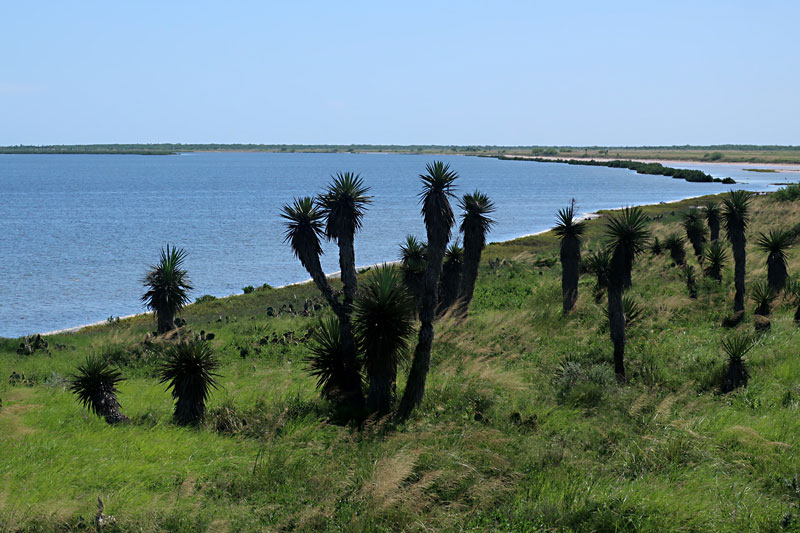 Laguna Atascosa National Wildlife Refuge outside of Brownsville conserves an unspoiled coastal habitat overlooking the Laguna Madre and Padre Island and is at its best in the fall.

The landscape varies from open grassland to thick forests of small trees, cactus, and bushes. It's a rugged beauty that only untamed wilderness can provide. 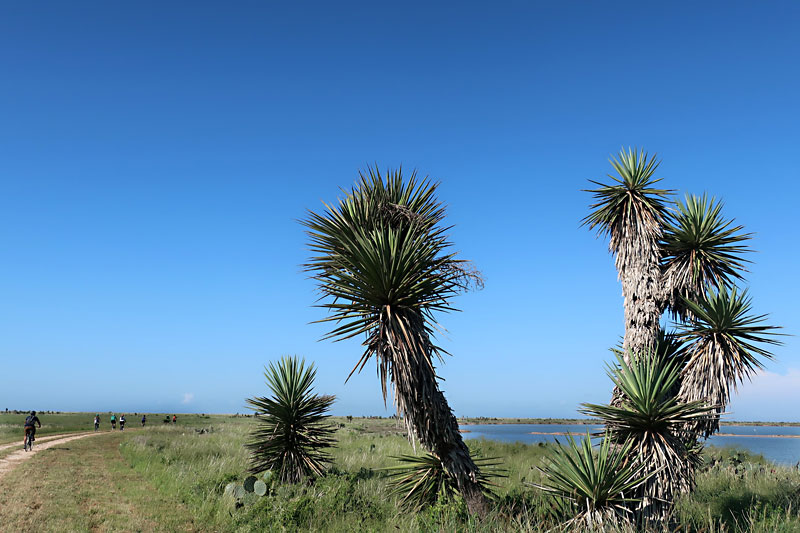 Stray from the well-defined trails and you run the risk of discovering one of the many things that will bite, stick, cut, or sting you. The preserve offers an exemplary experience in the wild. Established in 1946 as a sanctuary for wintering waterfowl and migrating birds, only a small portion of the refuge's more than 97,000 acres is accessible to the public. Still, there are several miles of trails. One of the most spectacular trails is Lakeside Drive, which is open to vehicles, pedestrians, and bicycles and ends at the Osprey Overlook. The scenic 15-mile Bayside Drive following the coastline will reopen in 2020.

Birders treasure the preserve as a birding paradise. Aplomado falcons circle in the blue sky while roseate spoonbills search for dinner in the shallows. White-tailed deer, alligators, and even the occasional nilgai antelope that escaped from neighboring ranches can be spotted. 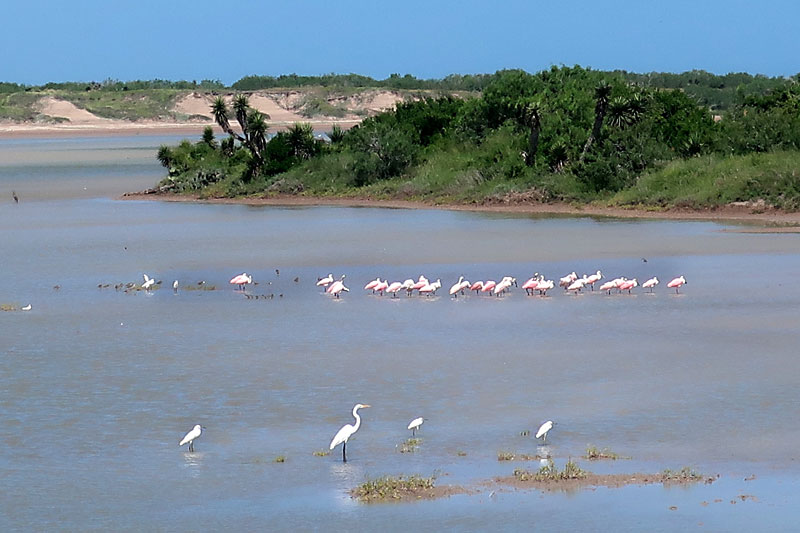 One resident you probably won't see is the endangered, reclusive, and nocturnal ocelot. Of the estimated 50 cats in the U.S., the largest population lives at the U.S. Fish and Wildlife refuge.

Laguna Atascosa National Wildlife Refuge is off FM 106 on Buena Vista Boulevard near Rio Hondo north of Brownsville. The refuge is open daily during daylight hours for a $3 per vehicle charge. Contact the visitors center to make a reservation for the sightseeing tram tours that run from November to March.

1,470th in a series. Follow “Day Trips & Beyond,” a travel blog, at austinchronicle.com/daily/travel.