Catch a whopper of a show at Fischer Haus 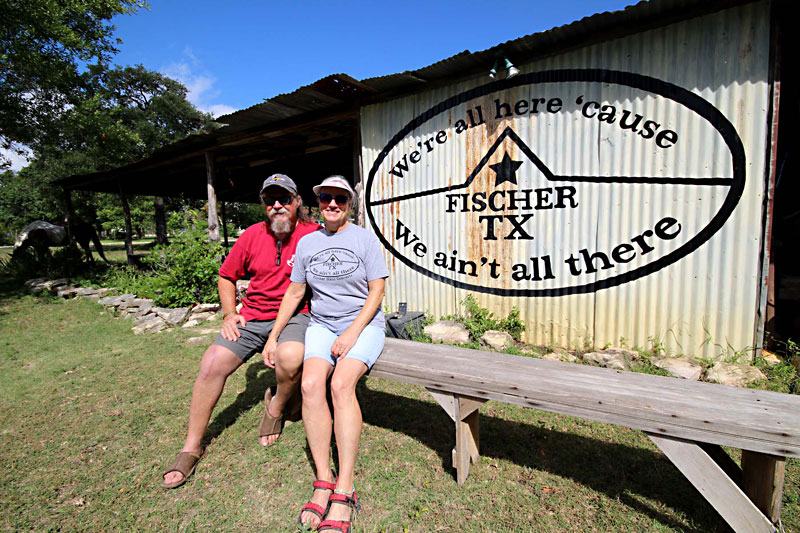 Fischer Haus concerts are like a block party out in the country. Neighbors and friends gather around the rustic, open-air cantina to hear music and watch the sky turn bold colors before settling into an inky black.

The community of Fischer, west of Wimberley off of the Devil's Backbone (FM 32), was settled in 1853. Eventually, the Fischer brothers added a bowling alley, dance hall, rodeo grounds, a school, and grist mill to their empire. "For years it was the post office and [the] only store and telephone around," says Dennis Hubbard, the honorary mayor of Fischer. "It was the center of the community. We're trying to carry on that tradition." 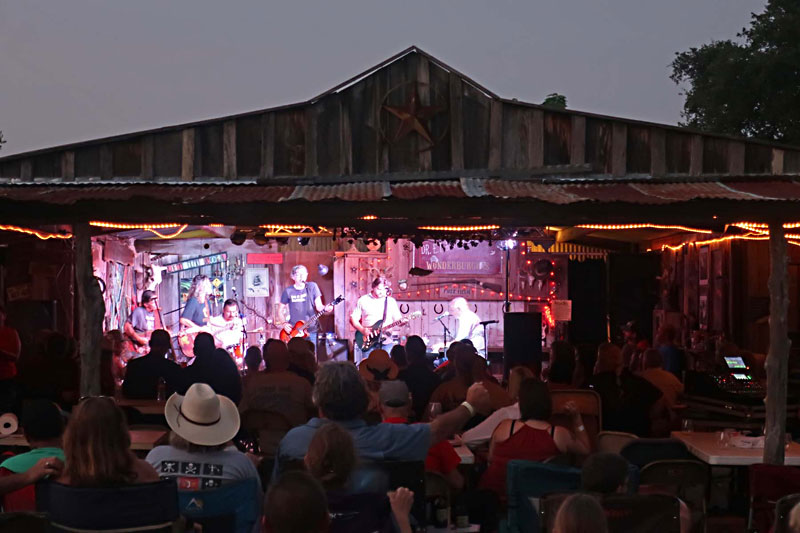 About nine years ago, Hubbard saw a dilapidated barn in a neighbor's field and asked if he could have it. Over a Christmas holiday, he and friends moved the rusted, corrugated-tin-and-cedar-pole barn next to the historic Fischer Haus to become a quasi-historic cantina. Within a few weeks, Slim Richey took the stage.

The Hubbards don't open the house to short-term rentals anymore, but they do hold 10 to 12 concerts in the cantina each year. Marcia Ball, Shake Russell, and Terri Hendrix are regulars. Ray Wylie Hubbard drew about 400 of his closest friends.

The performing artists get the entirety of gate receipts. There's usually food for sale at the concerts, but it's BYO blanket, beverages, and chairs. Music starts at 8:30pm, and the shows are usually followed by a jam session around the campfire. The season normally runs from April to October.

Fischer Haus is about an hour south of Austin, between Blanco and Wimberley. Shows are announced at www.thefischerhaus.com. Tickets are now on sale for Fischer Fest, held in the historic dance hall, Nov. 8-10. For more information, go to www.fischerfest.org.

1,460th in a series. Follow “Day Trips & Beyond,” a travel blog, at austinchronicle.com/daily/travel.