Qmmunity: The Parties Are Political 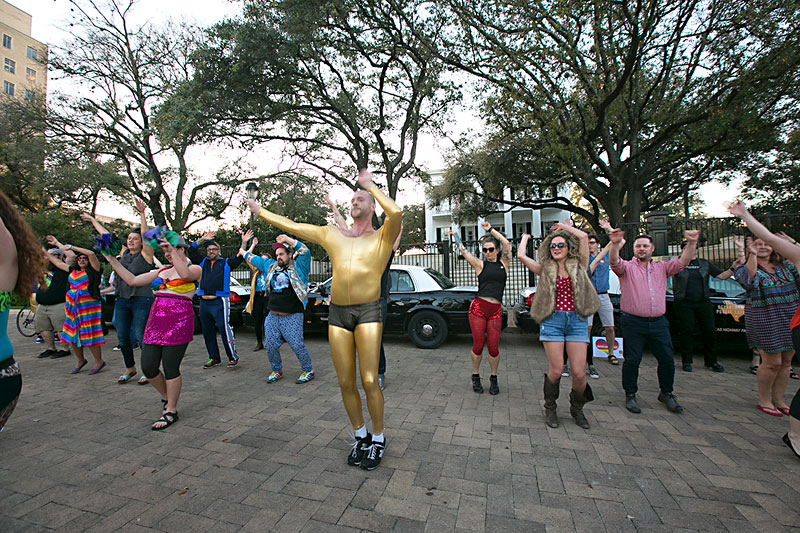 When the protest is a party (Photo by Jana Birchum)

The first Pride was a protest. This weekend we celebrate the 50th anniversary of those riots (which began in the early hours of June 28 and lasted several days and nights) whose spark ignited the gay rights movement. If you read Qmmunity regularly, you know, I don't ever want us to forget those roots (in 2019, I'm not sure that's even possible). But this week, as Pride parties and Stonewall commemorations pop up throughout town, and cities like New York and San Francisco prepare for their cornerstone Pride celebrations, it's worth noting the politics of queer parties. To anyone who'd say parties don't create change, I'd argue that the queer community's ability to turn even the worst moments in our history into an outrageous celebration of what it means to be queer and proud is one of our greatest gifts.

I remember, at 22 or 23, attending a protest in San Francisco's Union Square against the Human Rights Campaign for their support of the 2007 Employment Non-Discrimination Act, which excluded gender identity and expression. I remember the glitter, the bright clothing, the flamboyancy of my fellow protesters and I remember thinking: This is what makes us special, this is what makes us great. It's no coincidence that many say Marsha or Sylvia started the riots 50 years ago by throwing a high heel at the officers. That's why, when a bathroom bill threatened trans, nonbinary, and gender-nonconforming Texans, a group of kickass queer friends threw a Queer Dance Freakout in front of the Governor's Mansion. We've never let oppression, small minds, or bigotry stand in the way of our greatness, and that is always worth celebrating. So this weekend, celebrate Stonewall, Marsha, Sylvia, Stormé DeLarverie, and what your queerness means to you at any or all the fabulous events planned to commemorate those long-ago riots. For non-Stonewall-inspired events, see austinchronicle.com/qmmunity.

50th Anniversary of the Stonewall Uprising Honor several nights to remember in the fight for LGBTQ rights with a night you'll never forget. Dress to impress in yer fave queer lewks and then putcher hands together for the Austin Gears, Weird City Sisters, United Court of Austin, and your sweet performers Chique Fil-Atio, Bulimianne Rhapsody, Miss Kitty Litter ATX, Jenna Von Scrum, Empress XXV Hexa Dulce, and Emperor XXV Timothy Rollin Stone. They're all taking the stage to say a grand thank you to Marsha P. Johnson, Sylvia Rivera, and all the other activists who got us to where we are! Sat., June 29, 9pm. The Iron Bear, 121 W. Eighth. Free. 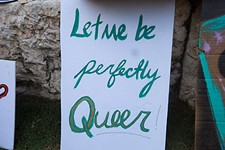 Qmmunity: Hello From the Other Side
Plus, Queerbomb launches its Queer History Series