The Luv Doc: Your Annoying Boyfriend

You should never ignore patterns 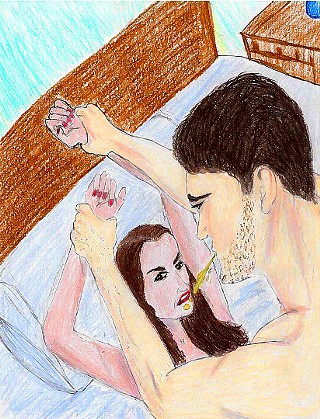 I love my boyfriend, but he annoys me so much, I get to where I can't even talk to him. He senses when I am annoyed and gets even more annoying. Sometimes, we don't talk for days. What should I do? I don't want our relationship to be like this.

This is truly my favorite type of question because it gives me free rein to just make a bunch of shit up. I bet a lot of readers are wondering, "What does he do that annoys her so much?" I am personally envisioning some sort of scenario where he has you pinned to the floor and dangles a loogie right over your face. I know that would annoy me. How do I know? I had three older brothers. My face was pretty much a spittoon until I was 15 or so, but I have to say it helped me deal with my daughter throwing up into my open mouth when she was a baby. Totally different vibe but the visceral response is pretty much the same. No, I didn't put her up for adoption. Fortunately for her, she had just dined on mashed potatoes and applesauce. If it had been pork vindaloo, I can't say what would have happened.

If your boyfriend throws up in your mouth on the reg, you should break up with him. In fact, you should've broken up with him the second time he threw up in your mouth – because something that freaky is always an accident, but when it happens twice, it's a disturbing pattern, and you should never ignore patterns. Anyone who has ever done some sewing can tell you this. You ignore a pattern, and your crotch zipper ends up in your armpit. If you ignore a pattern in your relationship, something similarly perverted is bound to happen.

Maybe your boyfriend leaves the toilet seat up or wipes his boogers on the bathroom mirror (seriously, I wish I didn't know this was an actual thing, and I am hoping that someday my eyesight is too poor to notice it in public restrooms). Or maybe he just sings along to Beyoncé; songs when he very clearly isn't Beyoncé;! Perhaps he is one of those people whose nose whistles when he is asleep. That's fucking annoying. You've got a pillow over your head, the dogs are howling like they've got a squirrel, and your boyfriend's nose is whistling like it's Daryl Hannah in Kill Bill. Annoying. As. Fuck.

I had a roommate who would leave food out all the time ... literally for days if I wasn't there. It was appalling. He once left a Thanksgiving turkey on our kitchen table for five days. I came back from my parents' house and seriously thought there was a corpse decomposing in the bedroom. I was wrong. There was a corpse decomposing on the kitchen table. Amazingly, that motherfucker is an executive at Google.

Point is, every-goddamn-body is annoying at some point or another and there are really only two ways to handle it. The first is to get rid of the annoying behavior – either through earnest, forthright communication ("Hey Steve, stop wiping your boogers on the mirror") or by removing yourself from the annoyance ("Hey Steve, I am moving to Luling"). The second is to change your thinking about the annoying behavior so it is no longer annoying ("Hey Steve, you've made a really nice pattern of boogers on the mirror!"). I think we both know the second solution is grossly unrealistic, so you're probably going to have to actually talk it out – as uncomfortable as that conversation may be – or remove yourself from the situation entirely. How much you love your boyfriend will determine your action. I feel certain of that. 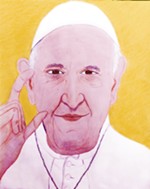