The Luv Doc: Doing the Legwork for Love

The mighty oak begins with a tiny acorn 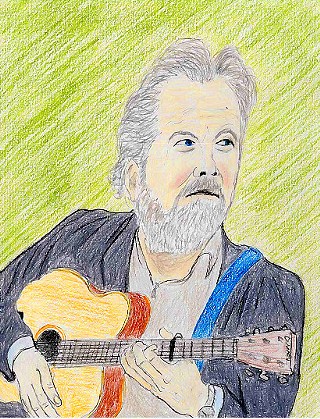 First of all, what a confusing confluence of similar initials. For the sake of those one or two Chronicle readers with a delicate disposition, I am going to assume that the "BF" in your missive stands for "boyfriend," although that doesn't make much sense considering that boyfriend is one word and could be represented more economically by simply using the letter "B." Unfortunately, "I am gay and "I want a B" is even more ambiguous – so much so, in fact, that it makes you wish you had thrown caution to the wind and splurged on those seven extra keystrokes, thereby negating, in advance, this entire paragraph. Sort of a literary butterfly effect, if you will. Or, to put it briefly, an LBE.

"It's the little things," wrote the regionally canonized troubadour Robert Earl Keen, and he was right. The mighty oak begins with a tiny acorn. You can't just wave your wand, scream "Shazam!" and up pops a BF. No sir, you have to do some legwork. At the very least, you're going to need to post a fetching photo on Grindr – ideally something that manages to capture both your smoldering sexuality and your scintillating wit. Easy enough, eh?

Of course, if you're a gay man looking for advice in the Chronicle on how to meet other gay men in 2019, perhaps the digital age is a bridge too far. (Please note that in referencing the dude-heavy, star-studded, critically failed blockbuster war movie released in 1977, I am implying that perhaps to you "Grindr" is something that might otherwise be referred to as a sub, a hoagie, or a hero. If so, you're not far off. Grindr is definitely full of meat.) Perhaps you were recently rescued from an uninhabited desert isle or maybe you just came out of a 20-year coma. If that's the case, all is not lost. It's just a little harder to find – without a GPS-enabled smartphone, I mean.

I am sad to report that the Chain Drive is boarded up and covered with thoroughly uninspiring graffiti, especially considering its colorful past. Don't go poking around there unless you're into furries – and by that I mean raccoons, possums, and other varmints. Oilcan Harry's, Rain, and the Highland Lounge are solid bets for meeting gay men in the Warehouse District. If you're into gay men who are into karaoke, there's the Iron Bear just up the road; if you like volleyball, there's Bout Time II. If you're into live music or vegan food, try Cheer Up Charlies on Red River. On Tuesday nights, Barbarella has TuezGayz, a dance party hosted by VJ Glitoris.

If you're not into the club scene, you can always volunteer. There's Austin Pride (aka the Austin Gay and Lesbian Pride Foundation or simply AGLPF) and some other organizations with equally acronymous names: ABP (Austin Black Pride), TENT (Transgender Education Network of Texas); aGLIFF (All Genders, Lifestyles, and Identities Film Festival); ALGBTC (Austin Lesbian/Gay/Bisexual/Transgender Chamber); ASA (Aids Services of Austin); and finally, the Octopus Club (no acronym here, just a bunch of tentacles). Last but definitely not least, you can always check out the Chronicle's very own Qmmunity section, our weekly compendium of the queerest news and events. Follow that and you'll have a BF in no time.