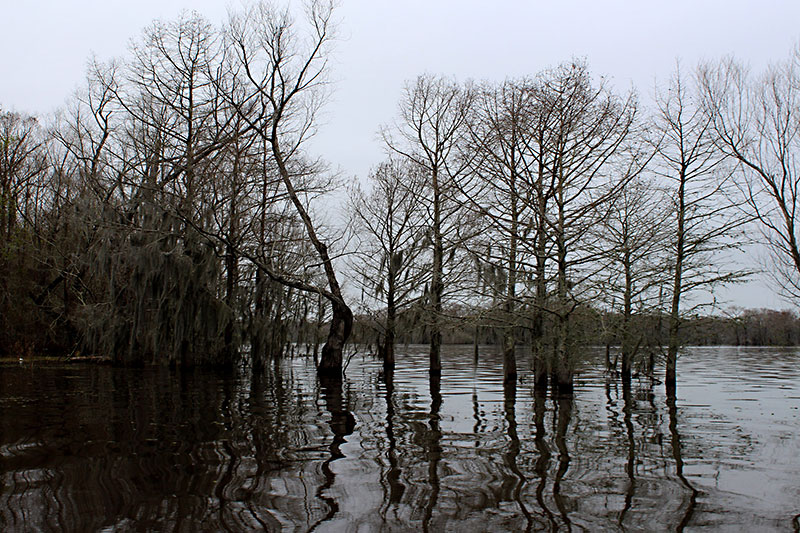 Airboat tours through the Atchafalaya Basin outside of Breaux Bridge, Louisiana, take visitors deep into the swamp where only alligators and Cajuns go.

The largest river swamp in the U.S., the Atchafalaya Basin is 140 miles long and 23 miles wide. When the 18-mile I-10 bridge through the wetland forest opened in 1973, it was the longest bridge of its kind in the nation. 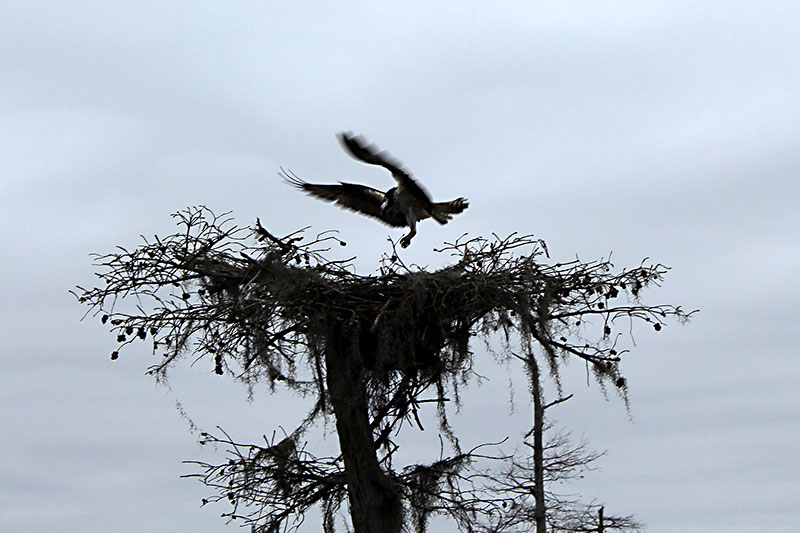 Cypress trees draped in Spanish moss stand as sentinels in the dark water. At one time, the moss was used for housing insulation and stuffing in chairs and mattresses. Henry Ford was one of the biggest buyers – using the moss for stuffing in the seats of his cars and the cypress crates it came in for the wood trim on the early models.

As he guides the boat into hidden coves, Capt. Tucker Fried­man calls in French to the alligators hidden in the greenery. He introduces his alligator pals by name and feeds them bits of chicken while managing to keep all of his fingers. For all the swamp's beauty, it is a disaster area of invasive species of plants. Mats of giant salvinia cover large areas of the wetlands. In the last five years, the imported water plant has damaged the waterway by crowding out native plants and depleting the oxygen in the water. On the other hand, the American alligator has made a remarkable comeback. The carpet of plants gives the juvenile alligators and other water animals additional cover.

The swamp tours head out from Atchafalaya Basin Landing & Marina a short distance off I-10 in Henderson, La. For more information on swamp tours, go to www.basinlanding.com, or call 337/228-7880.

1,442nd in a series. Follow “Day Trips & Beyond,” a travel blog, at austinchronicle.com/daily/travel.