West Texas brewery hangs up its spurs, at least for now 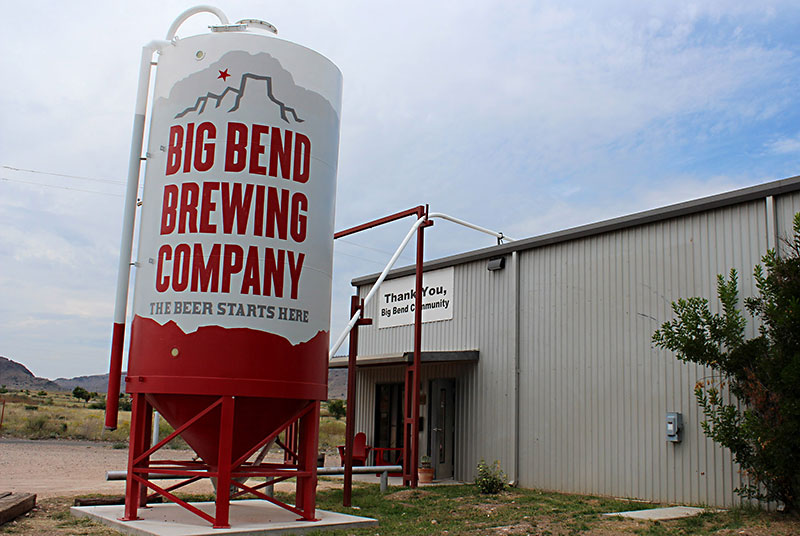 Big Bend Brewing Co. in Alpine, a member of the top echelon of Texas craft brewers, ended the year by stopping production of its award-winning beers.

In a Dec. 21 Instagram post, the brewery announced that effective Dec. 31, 2018, it would "suspend operations" after six years "due to ... unforeseen hurdles." The brewery promised "two very special bottle releases ... one in January and one on Valentine's Day."

According to Brewbound, the brewery was one of hundreds of companies that prepaid for brewing equipment from Diversified Metal Engineering of Canada that was not delivered. "DME's collapse was just one of the factors that forced Big Bend to suspend operations," Mahala Guevara, vice president of operations at BBBC, told Brewbound.

The West Texas brewery was in the process of building a new facility in San Antonio that was planned for a 2019 opening. The project has been halted, according to the post. 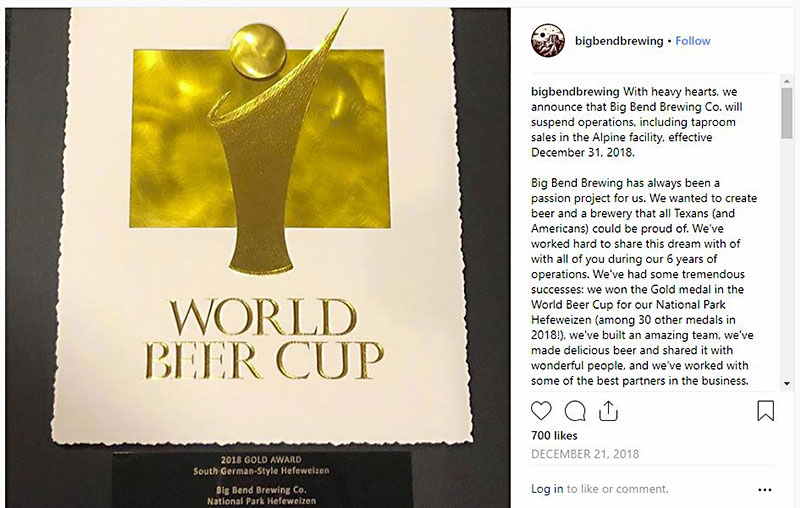 Whether the closing is permanent or temporary, it seems to be caused by a perfect storm of losses to DME, costs with the expansion, and a lack of deep-pocketed investors. There doesn't appear to be a shortage of public support for good beer.

Big Bend Brewing Co. had strong ties to the Austin area, not only with its many fans, but the founding brewmaster was Steve Anderson, who passed away on Nov. 25, 2015. Anderson opened Waterloo Brewing Company in Austin with Billy Forrester in 1993. When that brewpub closed in 2001, Anderson became head brewer at Live Oak Brewing Company until 2012. From there he moved to Alpine to open the brewery with partner Matt Kruger.

Watch their website, www.bigbendbrewing.com, for news on the coming special releases.

1,432nd in a series. Follow “Day Trips & Beyond,” a travel blog, at austinchronicle.com/daily/travel.