Sam Houston slept here and so can you The Stagecoach Inn's return has been applauded by travelers around the country. The Salado landmark was resurrected with a new restaurant in 2017 and the hotel followed on Labor Day 2018.

Right after the hotel reopened, a couple who had spent their honeymoon there returned for their 65th anniversary, says Terry Rawlins, managing director. He says he meets people from all over the country who visited the Stagecoach Inn when they were kids. 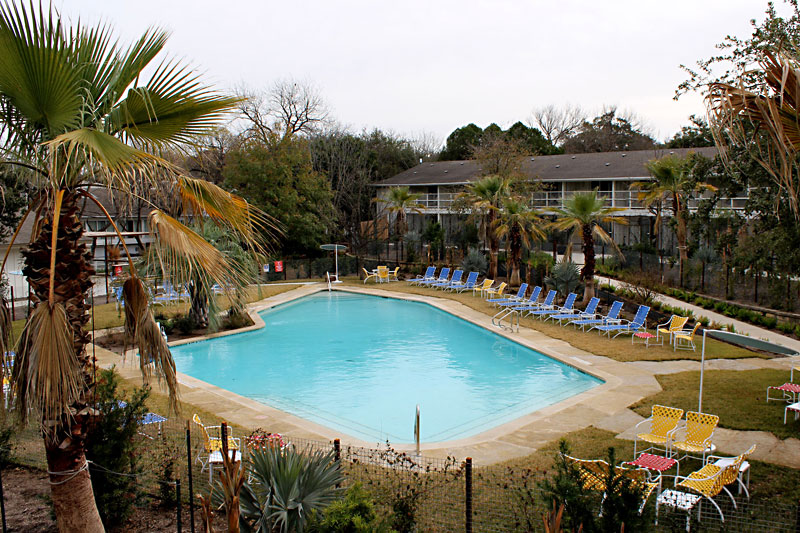 As the second-oldest hotel in Texas – only the Menger Hotel in San Antonio is older – the inn has seen a lot of famous and not-so-famous faces. Built in 1861 as the Shady Villa Hotel, the inn welcomed Sam Houston, General George Custer, and Jesse James.

Over the years, covered wagons on the Chisholm Trail turned into station wagons on I-35. From 1943 to the Eighties the hotel and restaurant were a favorite vacation stop, whether it was for the comfortable rooms or platter-sized chicken-fried steak.

By 2000, a series of owners failed to breathe new life into the old icon. Construction on I-35 nearly starved Salado and was the final nail in the hotel's coffin. Austin real estate developer Clark Lyda saw the diamond in the rough on the highway. The 48 rooms around a new swimming pool in a parklike setting have been revamped into what can be described as modern chic. Chef Paul Petruzzi has expanded the restaurant's menu, while updating old favorites like the chicken-fried steak and Sunday special of turkey and dressing.

The Stagecoach Inn has always been a part of the heart and soul of historic Salado, and the reimagined hotel is part of the resurgence of the community.

1,429th in a series. Follow “Day Trips & Beyond,” a travel blog, at austinchronicle.com/daily/travel.