The Luv Doc: The Depravity of a Gruntle

Dragging someone out of black hole is never easy 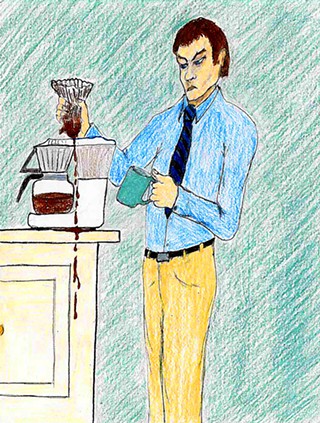 I don't know if this counts as a love advice question, but I bet you can answer it anyway. My friend and I have been working at the same company for more than 10 years. Two years ago, her very sweet boss was hired away by another company and one of my friend's co-workers – her nemesis – was promoted to be her boss. Of course, she was miserable from the start and began looking for another job herself within a few weeks. She is still looking for a job after all this time because we work in a very competitive industry. Meanwhile, she is terrible to be around at work. She complains about almost everything – the work she's doing, her co-workers, the temperature in the building – even what other people are wearing! She complains so much that I can barely stand to be around her – at work or even in our off-hours. She never used to be like this, but short of finding her a new job, how can I snap her out of it?

No, this clearly isn't a love advice question, but rest easy. I am equally unqualified to give all kinds of advice, which makes it all the more puzzling why no one has ever asked me how to rebuild a carburetor. I feel fairly certain that would be worth several thousand words on stoichiometry, asteroids, and dinosaurs of the Cretaceous period.

Anyway, yes, you're right. I can answer your question. The only way to snap your disgruntled friend out of her funk of negativity is to gruntle her. But wait, before you go searching the internet to be outraged by the depravity of a gruntle, simmer down. I already checked. The craziest thing I could find was an Urban Dictionary listing that defined gruntle as "sex with someone wearing a kilt." YAWN.

Actually, to gruntle someone is to please them. It's a legit word with a sketchy past, but I feel it's appropriate here because people always describe workers as being disgruntled. Maybe that sounds better than "chronically angry." I can imagine some clever suit in a management meeting saying, "What if we stop asking Jeff why he is chronically angry about always having to replace the coffee filter and instead say, 'Hey Jeff, you seem a little disgruntled.'" What a great idea! That should keep Jeff from losing his shit one morning and ventilating his co-workers with an AR-15.

It's a lot to ask someone to go around shitting rainbows all day, but there is actual, scientific evidence that negativity breeds negativity. Truth be told, it's highly unlikely that some trite phrase like "Accentuate the positive!" is going to change your friend's outlook. What you can do, however, is to simply refuse to engage in the negativity with her. Tell her you find her constant complaining depressing and that, henceforth, you would like to have positive and productive conversations or have none at all. Ideally, if she values your friendship, she will make an effort, and when she does, be encouraging. Everybody loves a cheerleader when the cheerleader is cheering for them. Oh, and one more thing: If this doesn't work, don't get disgruntled. Dragging someone out of a black hole is never easy, but it's well worth the effort.