Service dog from 9/11 remembered in her home town 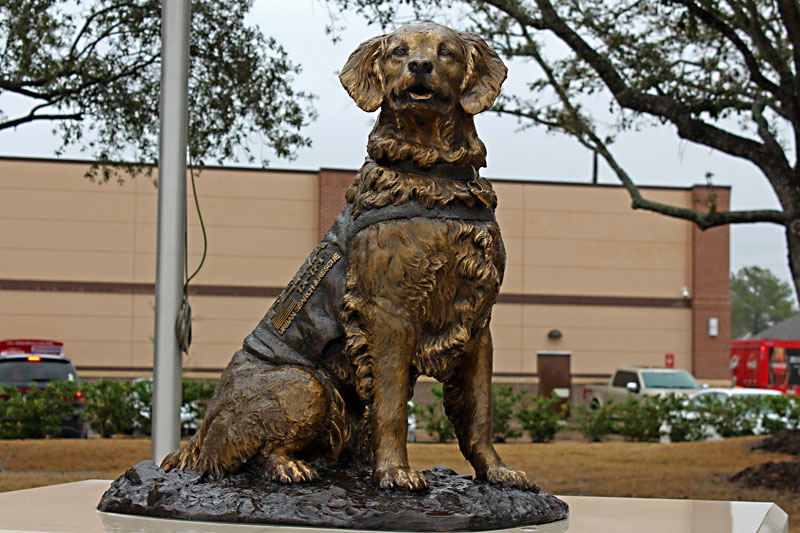 The Bretagne Memorial in Cypress honors the long days after the terrorist attack on New York City on Sept. 11, 2001, during which the 2-year-old pup searched the debris field. The always-smiling golden retriever and her longtime handler and owner, Denise Corliss, went on to do search and rescue duties after many other disasters, but Bretagne will be remembered as the last known surviving search and rescue dog from 9/11 of the more than 300 who served.

On Sept. 11, 2017, only days after Hurricane Harvey struck the Texas coast, residents of Cypress and officers from the Cy-Fair Volunteer Fire Department where Bretagne was stationed gathered to dedicate a life-size bronze statue of the hardworking pooch.

Bretagne (pronounced Brittany) retired from service at age 9, and passed away in 2016 at age 16. Searching the rubble of the World Trade Center was her first assignment. Her last years were spent as a therapy dog at an elementary school. 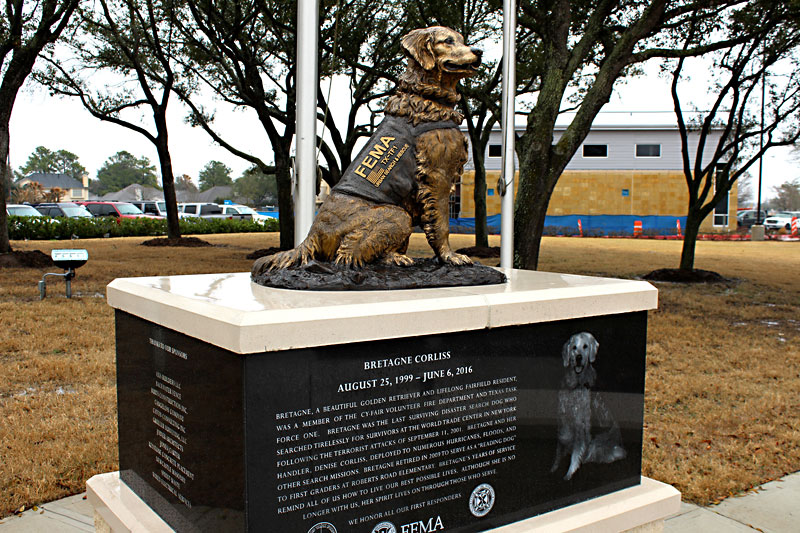 Lena Toritch of Salt Lake City sculpted the statue of the golden retriever as a friendly companion ready for any task asked of her. It was paid for entirely by contributions. To anyone who has loved a dog, the memorial is a reminder of unconditional love. It is also a tribute to the service of all first responders.

The Bretagne Memorial is at the corner of Cypresswood Drive and Mason Road in Cypress, just north of Highway 290 near the Highway 99 interchange. The small park is open to the public with parking available in the Walgreens lot. Bretagne is also featured in the book My Old Dog: Rescued Pets With Remarkable Second Acts by Laura T. Coffey.

1,415th in a series. Follow “Day Trips & Beyond,” a travel blog, at austinchronicle.com/daily/travel.