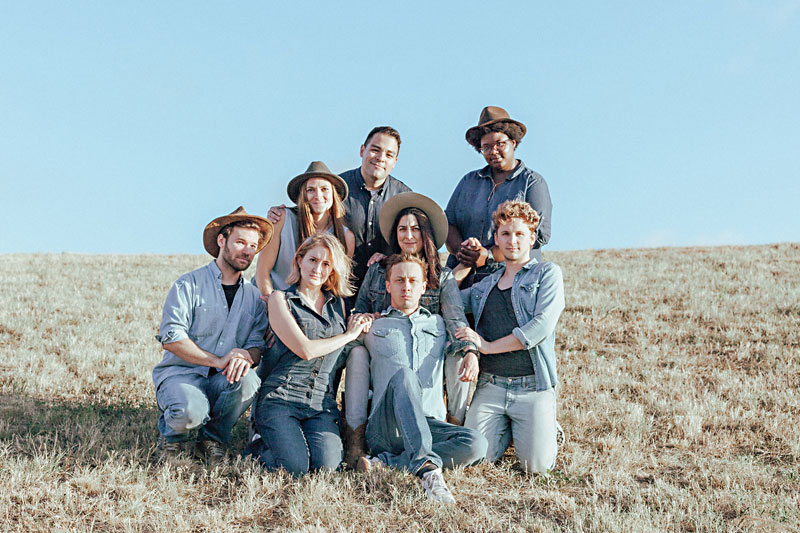 Giddyup, ponies. Martini Ranch returns to town Saturday, with a whole new set of queer comedy sketches directed by Abby Lincoln. The show, dubbed "Hidden Valley," is the latest work from the LGBTQIA comedy collective, but don't expect a lot of political commentary during this rodeo. Lincoln, the first woman to direct the show, confesses this time around the Ranch team used the writers' room as a space to shut out "all the horrible things going on in our country," and instead chose to "celebrate ourselves, our identities, and the goofy – sometimes gross – things that make us laugh." With its most diverse collection of writers yet, Lincoln says "Hidden Valley" will once again showcase an array of queer and QPOC identities and storylines, with a heightened focus on bi and pansexual folks to help "fight erasure." Of course, after a year and a half of producing queer comedy (their first show debuted in March 2017), the Martini Ranch crew is accustomed to creating gender- and sexuality-defying comedy that audiences relate to. As the new-to-the-Ranch director, Lincoln says she's "constantly blown away by the genius group of artists" behind the Ranch, and her style has been light, to only "tweak the great stuff that's already there." With the latest iteration, Lincoln says she wants "Hidden Valley" to feel like a safe and comforting space for the queer community. "We want you to laugh," she concludes. "You can go back to writing your congressman tomorrow." "Hidden Valley" takes over ColdTowne Theater every Saturday through Sept. 29.

LGBTQ+ Authentic Relating Games Get away from the small talk and make some warm and fuzzy connections with your qmmunity. Sun., Aug. 19, 3:30-6:30pm. First Unitarian Universalist Church, 4700 Grover. Free.

Pit Stop. The local director along with cast and crew will be there too for a Q&A to celebrate the film's fifth anniversary. Wed., Aug. 22, 7-9pm. Dougherty Arts Center, 1110 Barton Springs Rd.

Guerrilla Queer Bar + Austin Black Pride GQB is teaming up with ABP for a supergroup kinda takeover and 10% of the bar tab goes to ABP. 6-10pm. Back Lot, 606 Maiden. Free.