This Pride keep the spark alive 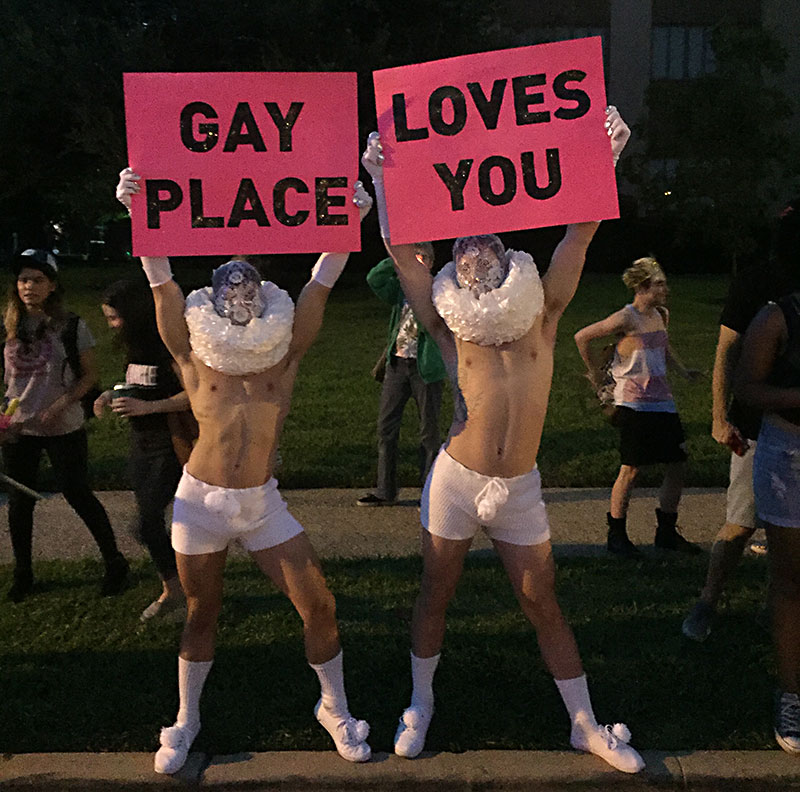 The unicorn is out of the bag. Pride has covered Austin in a sea of rainbows and beautiful queers. (To be fair, Austin is usually awash with queers, but we're definitely more sparkly this time of year – and no, it's not just the sweat.) Austin Pride has grown over the years and 2018 is especially full. When all is said and done, Pride will have spanned nearly two weeks thanks to a plethora of official and unofficial events, and that deserves a round of applause.

2018 marks the eve of the Stonewall Riots' 50th anniversary – that's next year and we can only imagine what the celebrations will look like. For those in need of a quick history lesson, the 1969 riots – led by trans women of color, lesbians, and gay men – lit the final spark to ignite the gay liberation movement. Forty-nine years later, we've come a long way, but 2018 has been a grim reminder that we remain "lesser than" in the eyes of many of the country's leaders. It's our hope that the current state of affairs ignites another spark to keep the fire and fight burning.

Austin Pride has embraced Pride's riot roots this year to celebrate how the community united that June to fight back against hate. The revolution concept struck a nerve with me and inspired "How Austin's Queer Community Supports Its Own," Aug. 10. Now, I'm excited for us to kick up our heels in Saturday's parade! I'd like to say thank you to Seedlings Gardening, (DJ) Lauren Trout, Planned Parenthood, the Chron team for helping make magic, and of course Sarah and my friends lending their glitter, sweat, and beers to make us look so good. This week, and every week, "Gay Place" is honored to be a part of Austin's fiercest community. Shine bright, babes.

Drip Drop 2 with Pink Elephant + Austin Black Pride If you're looking to break a sweat in a room full of QPOC then look no further. ABP unites with Austin Pride for a hotter than hot dance party. 18 and up welcome. Fri., Aug. 10, 9:30pm. ScratchHouse, 617 E. Seventh. $5-20.

Austin Pride Parade 2018 Watch Austin's LGBTQxyz community light up the night with all sorts of rainbows, love, and good (plus a few naughty) intentions. Sat., Aug. 11, 8-10pm. From the Texas State Capitol to the Fourth Street strip. Free. www.austinpride.org.

L&B Post-Pride Parade Hookup Need to blow off some post-parade steam? Well, let that glitter fall to the floor with a woman-centric afterparty. Sat., Aug. 11, 9pm. Moonfire Lounge, 310-B Colorado.

20GayTeen: Pride Rooftop Party A post-parade party with a view brought to you by the Q. An all-inclusive shindig open to everyone 18 and up with DJ Konsept. Sat., Aug. 11, 10pm. The Vaughn, 310 Colorado. Free.

Middle School Dance Party Pride Edition Slam your body down and wind it all around as GirlFriend plays the best, worst, and queerest hits of the Nineties and Aughts. Sat., Aug. 11, 10pm. Cheer Up Charlies, 900 Red River. Free.

Don’t Be A Drag, Just Be a Queen: Pride Drag Brunch It's all glitter donuts and pancake skewers at this Austin Pride brunch hosted by Ginger Minj with Hi Fashion's Jen DM celebrating just how great it is to be queer! Proceeds go to the Trevor Project. Sun., Aug. 12, noon. Hotel Van Zandt. $50.

Our Black Brunch Close out Pride weekend with good food and good friends. For the QTPOC community and their allies. Eating is not required, and post-migas the crew will head to Sixth Street for a Sunday Funday. Sun., Aug. 12, 1-3pm. Gloria's Restaurant Downtown, 300 W. Sixth.

AustinOutProud Curious about all that Out Youth does? Wanna get involved? Here's your chance to getcher hands dirty. Mon., Aug. 13, 5-7pm. HomeAway Software, 1011 W. Fifth #300.

Rio Rita Caroloke Singing in the shower is great, but wouldn't it be better with drinks and friends? That's what karaoke with Lizzy is all about. Third Wednesdays, 7-11pm. Rio Rita, 1203 Chicon. Free.

aGLIFF Presents: Buddies Austin's queer film fest closes out two weeks of Pride with a special screening of Buddies. The 1985 film was the first drama to tackle AIDS (the director Arthur J. Bressan Jr. and co-star Geoff Edholm were later lost to the virus that took millions of lives). Unavailable for years, the film has since been restored for this Texas premiere. Wed., Aug. 15, 7:30pm. Alamo Drafthouse South Lamar, 1120 S. Lamar. $12. www.agliff.org.