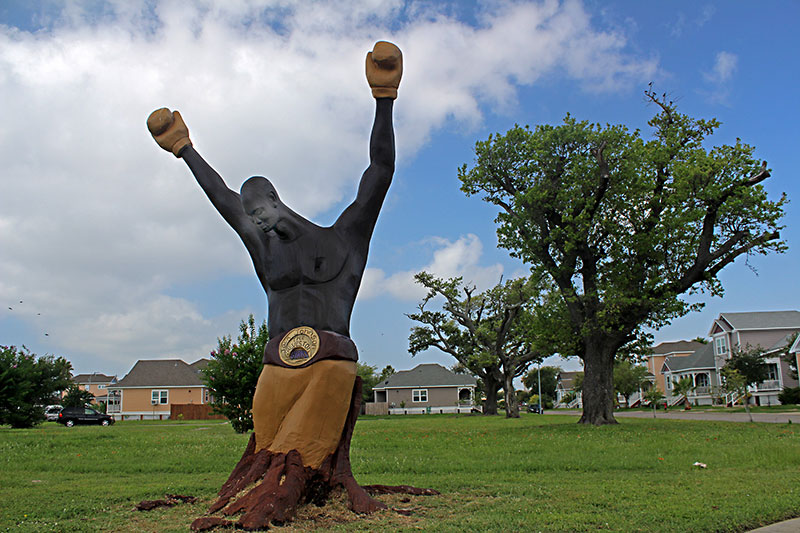 The Tree Sculpture Tour in Galveston is the lemonade from the lemons left on the island by Hurricane Ike in 2008.

The wind and rain did plenty of damage to the island, but a tidal surge covered the city in muck and saltwater. Months after the storm it became apparent that many of the trees would not survive the salt poisoning. The canopies of the dead trees were removed, leaving four-foot to eight-foot stumps. 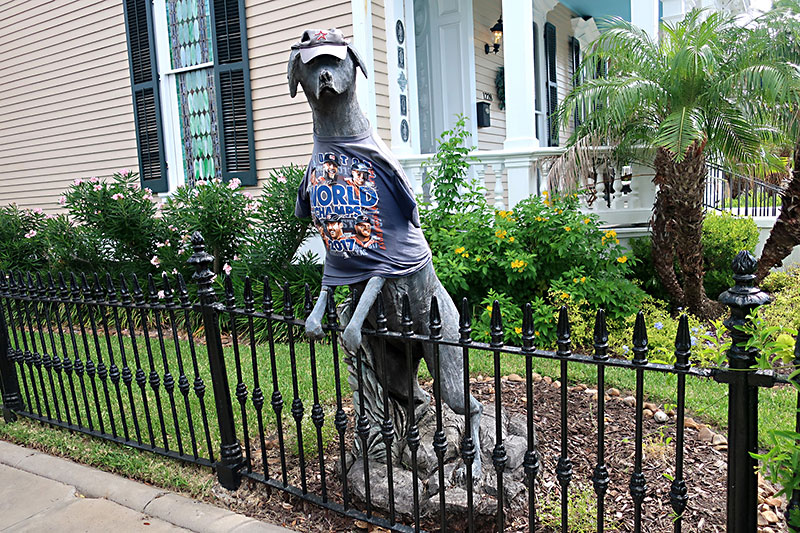 Where some saw unsightly reminders of the hurricane, others saw an artist's canvas. Paid by homeowners and civic organizations, three artists went to work creating art where once stood scars from the storm. More than 35 of the sculptures grace lawns, with the largest concentration in the East End Historical District on the edge of downtown between Postoffice Street and Sealy Avenue. Local artist Earl Jones did a re-creation of the "Tall Ship ELISSA Figurehead."

Dale Lewis, an artist from Indiana, created "Great Dane" to commemorate a homeowner's dog, plus at least 10 others. Jim Phillips of Houston did seven of the sculptures on the tour including "Tin Man & Toto" at the house where King Vidor, a director on The Wizard of Oz, was born. 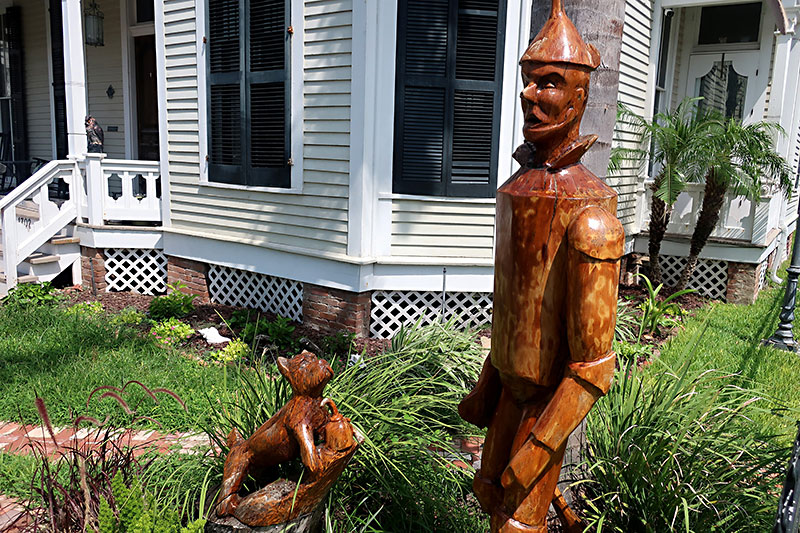 All the sculptures are amazing, but one of the most beautiful is by Jones, of native son Jack Johnson, the Galveston boxer. The figure flows out of the ground in a small park at 4403 N. Live Oaks Circle.

The Tree Sculpture Tour in Galveston is self-guided, but please respect private property. Guided tours are given on Saturday mornings. For a map, stop by the visitors center at 2328 Broadway or download one from www.galveston.com.

1,410th in a series. Follow “Day Trips & Beyond,” a travel blog, at austinchronicle.com/daily/travel.