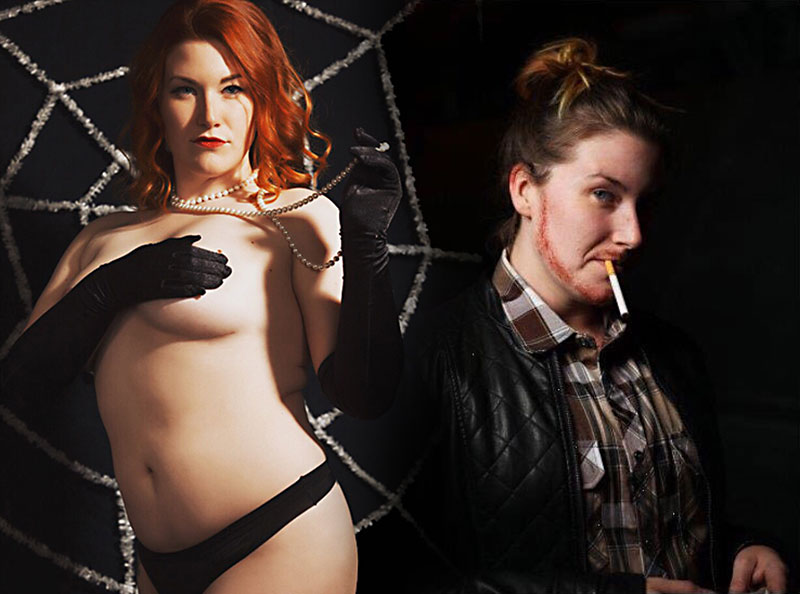 Queer Film Theory 101 returns Wednesday, with a whole new set of movies that are kinda queer or had a rainbow-tinted impact on the chosen panelists. This month's speakers are Beav Braverman, Jack Darling, and Stephen Short, and Braverman couldn't be more excited. A burlesque performer and drag king, she says she immediately began brainstorming her fave films after QFT co-host Michael Graupmann asked her to speak. But it's not that simple. Participants are given a list of movies that have already been discussed and dissected to keep the show fresh. Braverman landed on Little Women and Victor/Victoria. Today, she said, some parts are "cringeworthy," but for 1982, the Julie Andrews movie played around with gender roles and cross-dressing and clearly had a lasting impact on this drag king. We don't want to give too much of the fun away, but attendees can expect to see Graupmann and co-host Lesley Clayton open the night with a "silly queer reading of a less-than-stellar Eighties film," says Graupmann, before the three panelists share their clips from two films that shaped their identity. "Sometimes, these stories take the shape of coming out narratives, sometimes they're just blatant adolescent masturbatory material; but they're always honest, vulnerable, and exciting to hear."

Riverboat Gamblers, Sealion, Dentist, and More It's hot. We know. If you can't escape it, embrace it with queer beats by Hey Jellie and more. Fri., July 27, 8pm-2am. Cheer Up Charlies, 900 Red River. Free.

Hail to the Queen Explore the camp, fashion, and glamour of drag with this improvised extravaganza! Sat. July 28, 7pm. Fallout Theater, 616 Lavaca. $10-12. www.falloutcomedy.com.