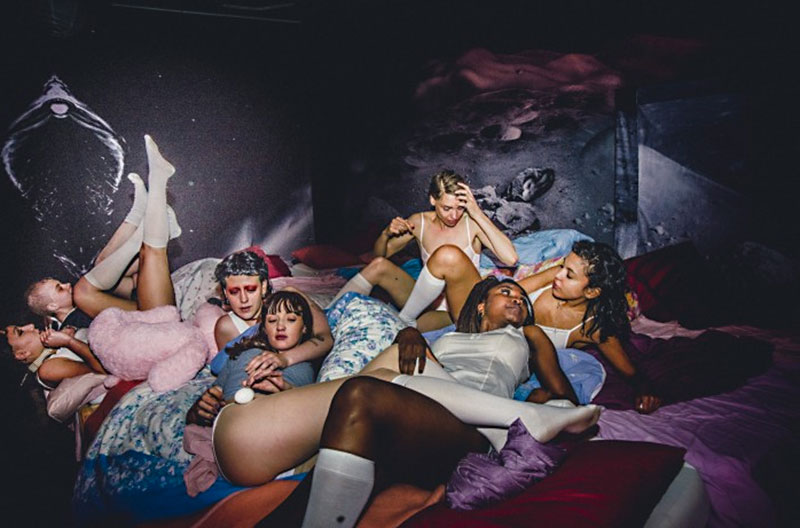 Of all the seasons, summer is undeniably the most queer. It's the short shorts, the pool parties, the late nights on slick dance floors, the shiny bodies (even if it's mostly sweat, not glitter – we do live in Texas after all). Plus, summer is the season of Pride. Austin, alone, has several looming on the horizon. Because of that, it's the season we all embrace our bodies – however they are – and put on our most fierce lewks to say "F*ck yeah I'm here, queer – and damn I look hot." To put it bluntly, our summer fashion is one of our many acts of resistance. Itty bitty bikinis pair well with unshaven legs and pits, and for those uncomfortable about donning swimwear, going to the lake is an act of defiance. And don't it feel good? For summer 2018, "Gay Place" vows to keep it extra gay all season long. I'd highlight some especially on-theme events happening between now and fall, but that's what the issue's Summer Fun calendar has in store for you. So instead, I'll leave you with this: Whatever you do this season and wherever the long days and warm nights take you, go there boldly, do it brightly, and don't forget that queer shimmer and sass.

Unite The Fight Gala Launch Party It's a party to launch a party. It doesn't get better than that, except when the revelers are fundraising. Fri., May 18, 7-10pm. The Market, 4300 N. Quinlan Park Rd. www.theequalityalliance.com.

Butch Queen: Resurrection Louisianna Purchase and an esteemed panel of judges decide which drag queen competitor has what it takes to take the crown. Fri., May 18, 10pm-1am. Cheer Up Charlies, 900 Red River. $10.

Middle School Dance Party: Baby, One More Time! Bow down to Britney. Partygoers are encouraged to dress as their fave Brit. GirlFriend keeps the dance floor toxic and drag performances will make you feel lucky. Sat., May 19, 10pm. Cheer Up Charlies, 900 Red River.

Get Tested: AIDS Candlelight Memorial In honor of those we've lost, ASA's free and confidential testing van will be on Fourth Street. to test! There will be no communal service this year, but community members are encouraged to remember, reflect, and get tested. Sun., May 20, 213 W. Fourth, 5-9pm.