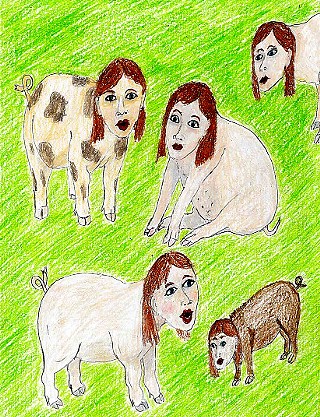 What is the acceptable amount of time for a friend to start dating your ex? Five months ago I broke up with my boyfriend of two years and I just found out that he is dating someone I thought was my friend ... and they've been dating for two months! I feel really hurt and mad. Mad at my ex for trying to date one of my friends and hurt by my friend for even considering dating my ex and even worse, not telling me. I know I shouldn't be too upset because I broke up with him, and even though I would never consider getting back with my ex it still feels like my friend has betrayed me. I don't know if I can ever speak to her again ... or to my friends who didn't tell me for two months. Am I being overly sensitive? Isn't there some sort of standard waiting period for dating your friend's ex? If so, it has to be longer than a few months, right? – #toosoon

Good question. The acceptable amount of time your ex should wait to date someone else after you have broken up with him or her or they is about one minute, give or take. Basically it's about the amount of time it takes to call someone and ask them out on a date. For bolder types that can be a relatively quick process. Example: "Hey Nancy, Karen just broke up with me. You wanna go on a date?" Of course, not everybody is going to be able to summon such psychopathically resilient game after a breakup. Most are going to need a bit more time. Some people burn effigies. Some people put your picture on a dartboard or a urinal cake. Some people Photoshop you out of all their pictures. I can tell you that takes some time. Even with that Quick Selection tool. And then, if you're going to put that person's face on a collection of pigs and paste them on a "Karen Is a Pig" Facebook page, that takes even longer. I could give you a rough estimate, but that's not really the point here, is it?

Right. The point is that once you've broken up with someone you pretty much relinquish your role as life coach. This is not to say that people haven't successfully interfered in the lives of their exes since the dawn of exes. They have. It just means that you shouldn't expect someone you just dumped to put a lot of stock in your opinion – however earnest or well-intended. For those of us straddling the high white horse of self-righteousness, this can be a hard pill to swallow. How can someone learn anything if they refuse to listen?

Frustration is always a good sign that true learning is about to occur. It means you've hit a wall, and even if you think that wall is just some stubborn bastard who doesn't get it, there's also a very real chance that you're the one who doesn't get it. Sometimes you're the one who needs to shut up and listen. That takes humility – something that's usually in short supply when you're boiling with indignation.

Here's something you might want to ask yourself once you calm down: Why are you so mad? Both at your ex and your friend? I can maybe see you being disappointed in the radius of their social circles, but everything beyond that is being manufactured in your own head. I'm not saying this is right, but if it weren't for close friends and family dating people's exes, whole swaths of Appalachia and the Ozarks would be unpopulated. People just aren't as socially ambitious as they'd like to believe they are. The known is almost always more attractive than the unknown – even if the known is a pasty-faced, sickly hemophiliac.

So your friend and your ex may not be very socially adventurous, but maybe they really hit it off and are deeply in love. That is a possibility at least. Shouldn't you be happy for them? Shouldn't you be happy that you dodged a bullet that someone else caught? If not, why not? Were you possibly wanting to mothball this guy until you were absolutely sure you had no regrets? Unfortunately you don't get that option – at least not with guys who aren't complete chumps. Instead of feeling betrayed, how about feeling grateful that your ex and your friend have found some happiness? And if you can't find that peace of mind, what is the acceptable amount of time until you do? 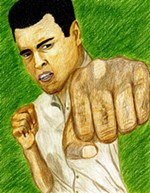