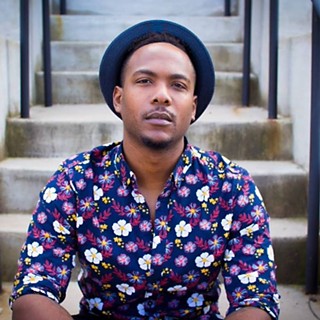 The queers behind Guerrilla Queer (hi y'all) wanna know – did you miss us? Don't say it, show it, by showing up to tonight's takeover at Nickel City. In true GQB fashion, we'll be donating a portion of the bar tab to SAFE for Sexual Assault Awareness Month, but partygoers are welcome to donate additional dollars or supplies! Also, did y'all know Tarik Daniels has released his first novel No Bonds So Strong? Daniels, a self-described "unapologetically Black, unapologetically queer" writer, uses his work onstage and on the page to tell the "struggles and mistreatment of the black queer man in America." His novel is described as a coming-of-age tale about four black, queer boys growing up in Detroit. At "Gay Place," we're pretty excited for him and can't wait to read it. If you feel the same, grab a copy at his book release party, tomorrow night (Friday). Then, consider participating in Austin's LGBT Chamber of Commerce's LGBT(Q) Biz Saturday! Like Black Friday, but for LGBTQ-owned businesses. And don't forget, Lesbutante & the Boss have a new happy hour kicking off Tuesday. Get excited!

No Bonds So Strong Book Release Tarik Daniels is celebrating the release of his first novel! Pick up a copy, shake his hand, and ask him a question. Fri., April 27, 9-11pm. Art.Work Austin, 411 Brazos #101. $19. www.mistertelltales.com.

Lesbians Who Tech + Allies Brunch Who would turn down networking and community building when brunch is on the menu? Sat., April 28, 11am-1pm. Native Hostel, 807 E. Fourth. $15 brunch ticket. www.lesbianswhotech.org.

Gay Place Presents: A Free Screening of Disobedience That's right! We're giving away tix to a very queer screening of the new lez drama starring Rachel Weisz and Rachel McAdams. To get in, email gayplace@austinchronicle.com telling us which Rachel you prefer, then RSVP to austinscreenings@gmail.com! Wed., May 2, 7pm. Alamo Drafthouse Slaughter Lane, 5701 W. Slaughter.