Take a moment to enjoy Austin before SXSW barrels into town 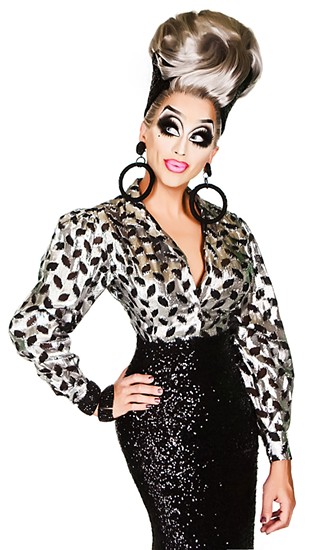 This week is that moment in time I like to call: the almost-calm before the SXSW shitstorm. After this week, "Gay Place" will be so South-By'd out that the wristbands will blur and we'll have hand stamp smudges on our cheeks. But not this week. Now we're basking in the relative downtime. Of course, that doesn't mean Austin isn't popping off with events. Take tonight, for example, an all-time favorite from RuPaul's Drag Race is coming to town for her one-queen show. That's right, Bianca Del Rio returns to town and we were lucky enough to snag 15 minutes of precious phone time with her. (See "Hurricane Bianca (Del Rio) Takes Austin by Storm," Feb. 28.) Saturday, speaking of RuPaul, we say slow it down for a movie since Alamo is screening the ever-queer classic But I'm a Cheerleader. OK, OK, the movie is mostly about Natasha Lyonne and Clea DuVall and their whole adorable, cult-cinema love story, but Ru makes some killer cameos. Sashay you stay. And don't forget: Coco Coquette hosts their monthly makeup class for transwomen, nonbinary folks, and others looking to improve upon their mad makeup skillz (See Wed.). Do you feel basked yet?

2018 LGBT(Q) Attorney Convocation Celebrate some wins with the Austin LGBT(Q) Bar Association! Learn what they do and how to get involved too. Keynote by U.S. District Court Judge Robert Pitman. Fri., March 2, 5:30-8pm. Gardere Wynne Sewell, 600 Congress. www.austinlgbtbar.org.

Gear Night Wear whatever turns ya on. All are welcome, but they ask you to check any salty comments with the clothes at the door. Sat., March 3, 10pm. The Iron Bear, 121 W. Eighth.

Violent Fem There will be glitz, there will be glam, there will be grrrls. Lousianna Purchase, Mandy Quinn, Tatiana Cholula and more serve high-glamour drag to the music of Mouthfeel. Sun., March 4, 10pm-12mid. Swan Dive, 615 Red River. $5.

HavenCon 4: A Cosmic Journey Texas' first and only queer, geek, and gaymer convention returns for its final year so get out and get weird while you can! March 29-April 1. DoubleTree Hotel, 6505 N. I-35. $15-200. www.havencontx.com.