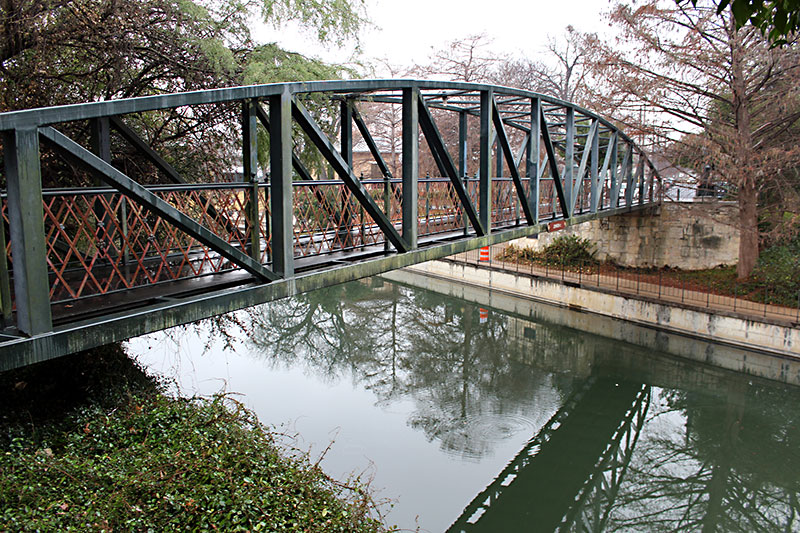 O. Henry's Bridge spans an idyllic bend in the San Antonio River in the historic King William District. To the north the Tower Life Building four miles away in downtown San Antonio peeks above the tree-lined horizon like a green-capped rocket. Downstream the towers of Pioneer Flour Mills reflect off the river.

The 138-foot-long iron truss bridge was the first non-wood crossing at Commerce Street, a few blocks from the Alamo. It served from 1880 until it was replaced by a four-lane concrete bridge and moved in 1914. It got its name because O. Henry, aka William Sydney Porter, mentioned it in several stories set in San Antonio, most notably "A Fog in Santone." 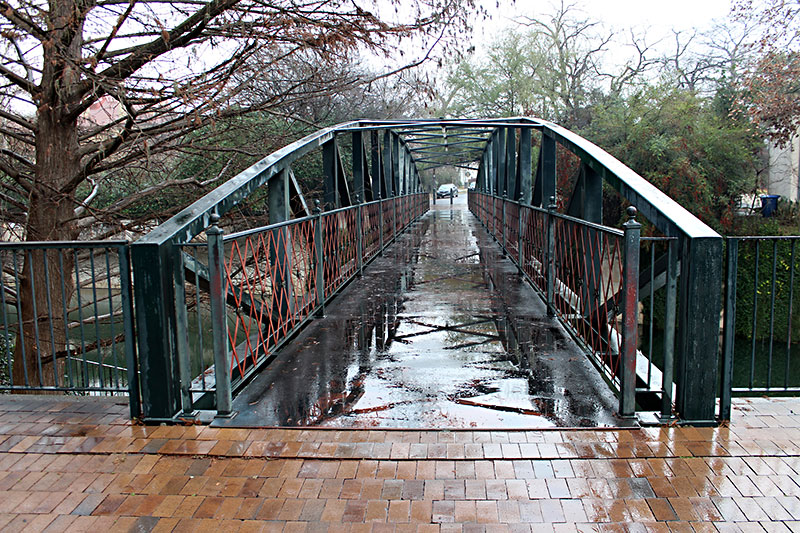 This bridge may have more literary connections than any other bridge in Texas. Poet Sidney Lanier and Frederick Law Olmsted, author and designer of New York City's Central Park, might have paused at the railings to contemplate the river. Author Stephen Crane may have leapt over the same railings to save a drowning child.

At the time the "literary bridge" was built, iron truss bridges were a marvel of engineering. Relatively inexpensive to build, the design could withstand the heaviest loads of the day. Plenty wide for a single horse-drawn carriage, the 11-foot-wide span would remove the side mirrors of a modern sedan. The boxy bridge was retired to serve as a pedestrian crossing. 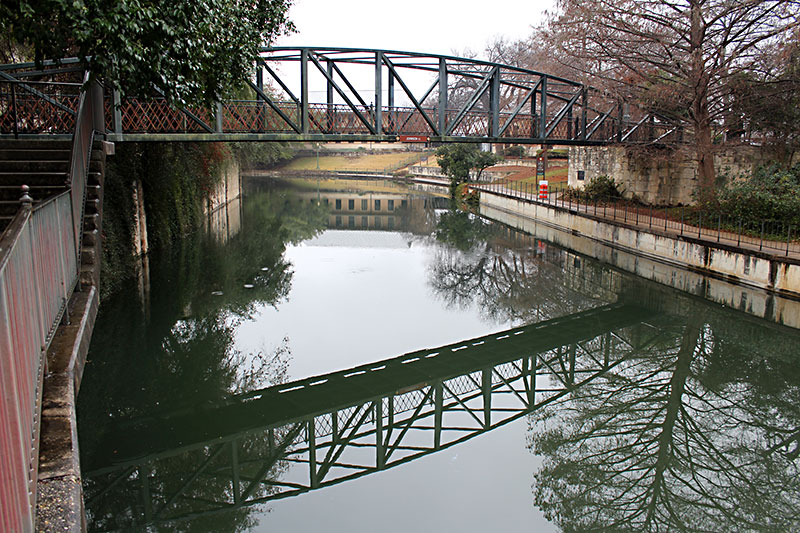 O. Henry's Bridge is on Johnson Street between South Main Avenue and King William Street, on the south side of downtown San Antonio in the King William neighborhood, not far from the Guenther House restaurant and store at Pioneer Flour Mills and Blue Star Complex.

1,384th in a series. Follow “Day Trips & Beyond,” a travel blog, at austinchronicle.com/daily/travel.