The Luv Doc: An Embarrassment of Riches 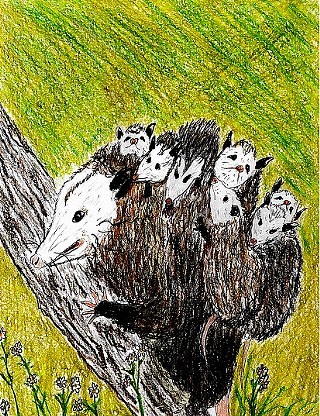 I have an embarrassment of riches, so it would seem. My man is overly affectionate. I am constantly being kissed, hugged, complimented, and adored. I know most women would kill for a man like him. He's handsome and intelligent and funny too. When we first got together, all of the attention was wonderful, but we have been together now for nearly a year and he still does it! He tells me he loves me all the time and is constantly touching me and hugging me. I can barely even get dressed in the morning. I have spoken to him about this and he says he understands, but after only a few days of trying to modify his behavior he is back at it. I feel like I am constantly pushing him away. How do I deal with this?

I feel you, Hugged. Anyone who has ever had a male Chihuahua latch onto their leg in full lipstick mode knows that unbridled affection can have some ugly consequences. If you don't believe me, Google "Trump Chihuahua." I mean … if you don't already have it as a screen saver. Mine is the Fireplace Romance version.

But yeah, for most people affection is a nice thing. There are exceptions. For instance, who hasn't made the mistake of going in for a tight hug on one of those no-deodorant types who are saving the planet by turning it into a funk pit no one wants to inhabit? I get it. I get it. Our noses have been chemically trained to reject our natural scent, but can't we just pretend for a few more decades that humans don't naturally smell like a 13-year-old boy's gym locker?

Then there's that coffee/morning/Copenhagen/meth teeth breath. No matter how lovingly intended, if somebody is going to get up in your chili with that kind of stink bait, you might as well do yourself a favor and blast yourself with some pepper spray instead. I don't mean to harp on hygiene, but generally, if you're not going to keep your shit fairly detailed, a phone call will do.

It sounds to me like your man may be exhibiting the behavior he would like to see in you. Have you ever noticed him being especially aloof when you are demonstrating your affection? Or does he soak it up like a sponge? My bet is it's the latter. I would further guess that if you were to match his affections with those of your own, you might ease some of the insecurity that fuels his behavior. I could be totally wrong about that, and to be honest, both of you fawning all over each other all the time might be repulsive, but the other option is to shake him off your leg like a randy Chihuahua, and that probably just feels mean, doesn't it? 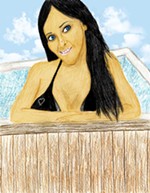 The Luv Doc: Surpisingly Cold
Every summer day under 100 degrees means that a thousand enthusiastic well-meaning folks will move to Austin 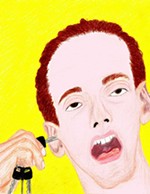 The Luv Doc: The Worst Thing
Nobody wants to witness self-indulgent acts on a first date