Austin’s 10 most defining headlines of 2017: the good, the weird, and the unexpected 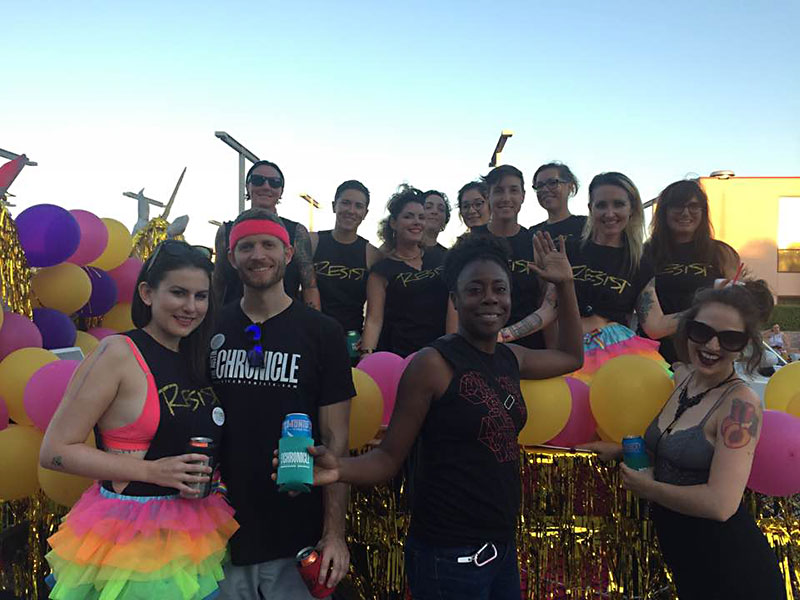 Forget the awful parts of 2017. This week, we're celebrating our silver linings, the big changes, the wins both large and small and maybe not quite enough. Cheers, my queers, to a bigger, brighter new year! And find more about where to ring in 2018 at austinchronicle.com/newyears!

1) We defeated not one, not two, not three, but four bathroom bills (and too many amendments to count). It was hard, emotionally taxing work that none of us will soon forget. But it's one of our greatest victories from this year.

2) The LGBTQ Quality of Life Advisory Commission: Created to address disparities within our queer, trans, and QTPOC communities and leverage change, the commission held its inaugural meeting in June and has been going hard ever since. Rumor has it we can expect big things in 2018.

3) We know how to protest: From Inauguration Day on, Austin's LGBTQxyz community pulled out all our rainbows and glitter and Queer-as-in-Fuck-You signs to say we will not shut up. We will not disappear.

4) The Kind Clinic: We were over the moon when our beloved PrEP clinic added a new service to its roster: a Gender Care Clinic, also known as the first trans- and nonbinary-focused clinic in Travis County.

5) AIDS Walk: Austin turned 30 in October and saw over 1,000 participants walking to raise awareness and end the stigma of HIV. ASA also secured $1.25 million to open an in-house medical clinic (coming in 2018).

6) Pride rescheduled: (Hurricane) Harvey had one out for Austin Pride, causing the August event to be rescheduled less than 24 hours before go-time. But that resulted in a love-filled parade later on, and two days of festival festivities!

7) 30 years of aGLIFF: Austin's international queer film fest not only turned 30 this year, but succeeded in topping years past with outstanding attendance, numerous filmmakers, and rock-solid films!

8) A glimmer of justice for Monica: In November, a jury found Monica Loera's killer guilty of first-degree murder. The sentencing phase – he was only given 20 years – left a less-good taste with the community, but the verdict was a tiny step forward.

9) Terrible twos: Austin Black Pride, Pink Elephant, and Gender Unbound festivals returned for their second years! (Though quite a few years older, Queerbomb also came back strong with a new crew at the helm.)

10) A gay CM: On Dec. 19, City Council appointed Spencer Cronk as Austin's new city manager. The now former city coordinator of Min­ne­apolis is our first openly gay CM, and we wanna welcome him to town!

Next Level Trash: New Year’s Eve 2018 A guaranteed night to remember. Rave-stylings with Nymble Digitz, Sara Landry, Deuce Parks, and more. Tickets get you an open bar and BYOB, but the price will rise when these sell out. 10pm. Follow #nextleveltrash for location. $30. www.fb.com/events/1755957324477263.