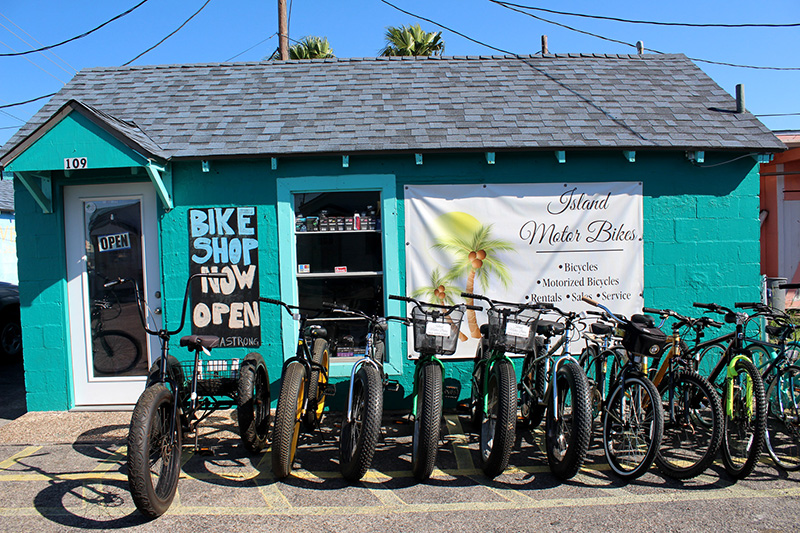 Island Motor Bikes in Port Aransas reopened eight weeks after Hurricane Harvey as the only bicycle rental or service shop on the island. Glen Shaw got back to work as soon as his landlord replaced the roof and put a new coat of paint on the small bike shop across the street from the IGA grocery store. Business has been slow, but steady.

When Harvey slammed into the Texas coast on August 25, Glen and his wife Kimberly evacuated to Three Rivers, Texas, but ended up with relatives in San Antonio. Glen returned home a month later with a dozen bicycles to loan to his neighbors. The bike shop, which is pretty close to the geographic center of the town, took on four feet of water.

Every week the island gets back a little more of what was lost. By Thanksgiving about 30% of the businesses and residents were back, according to Jeffrey Hentz at the chamber of commerce. The town will be 50% operational by New Year's Day, and at 90% of pre-Harvey normal by next summer, he says.

In a community that relies on the tourist trade, 12 weeks after the hurricane a third of the restaurants, a quarter of the guest rooms, and 90% of the island's bars had reopened. 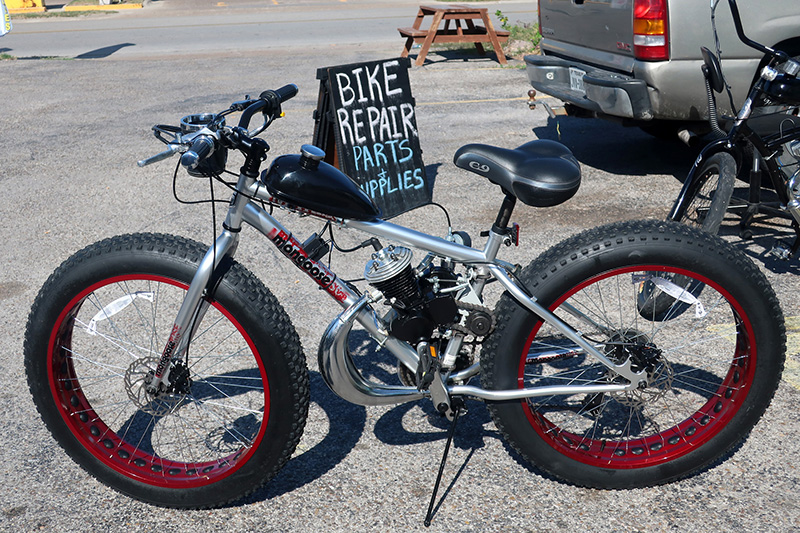 Island Motor Bikes reopened at 315 S. Alister St. renting, selling, and servicing fat-tire, beach cruisers, and regular bikes. Glen also rents and sells power-assisted bicycles of his own design. The bikes have a 49cc gasoline motor that can cruise along at 30 mph with light pedaling. Reserve a bike for your island stay at 361/655-5501 or www.islandmotorbikes.com.

1,375th in a series. Read expanded coverage of Port Aransas after Hurricane Harvey at "Day Trips & Beyond," a travel blog, at austinchronicle.com/daily/travel.