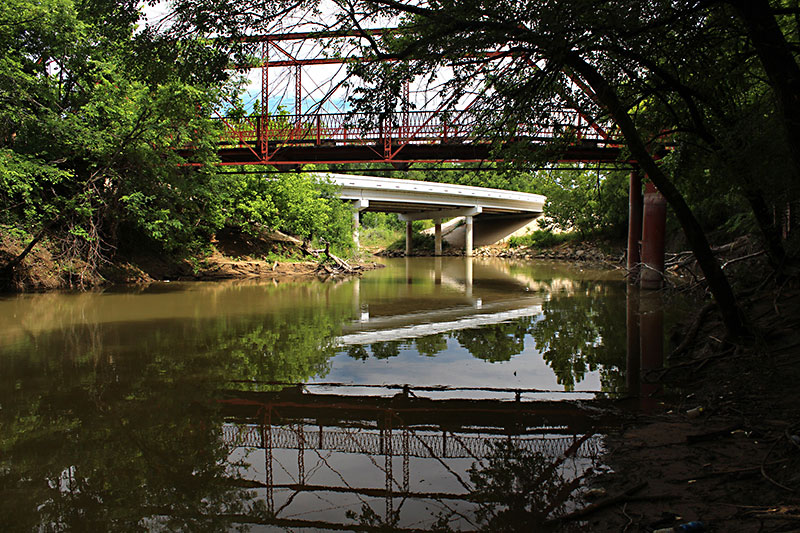 The Old Alton Bridge south of Denton looks peaceful enough in the daylight, but after sunset the spirits come out to claim their lost ground.

Built in 1884, the single-lane bridge saw service until 2001. Being consigned to recreational traffic on the Elm Fork hiking trail has only added to the legend of Goatman's Bridge. The truss bridge with a wooden deck was placed at a popular ford on the Chisholm Trail over Hickory Creek. It was named for the short-lived town of Alton, the original county seat. In 1938, there was a hardworking African-American goat farmer who lived on the north side of the bridge. Oscar Washburn was very successful by local farming standards. 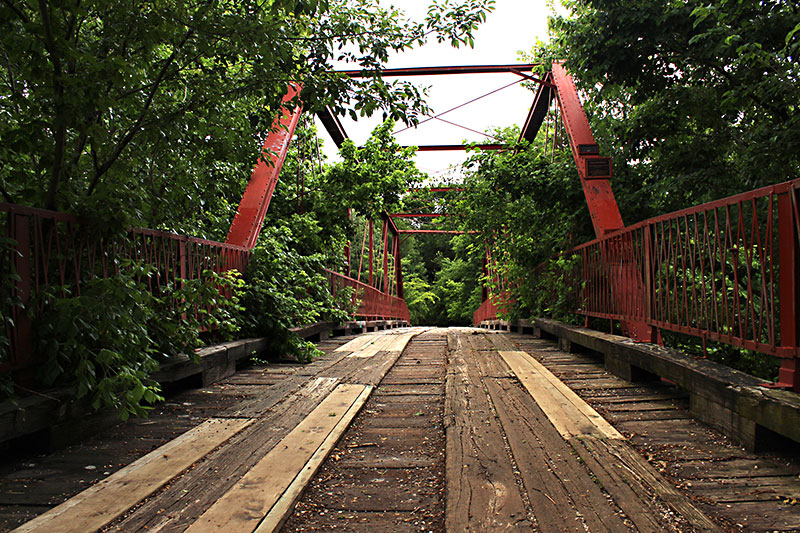 Violence ensued after he hung a sign on the red steel girders of the bridge proclaiming "This way to the Goatman's." The boldness of the action enraged Klansmen already jealous of the farmer's prosperity. A gang of white hoods stole through the woods to kidnap Oscar from his bed and dragged him to a necktie party. With the rope tight around his neck, they threw the Goatman over the lattice railing. Looking over the side the cowardly Klansmen saw an empty noose, but never heard a splash in the creek below.

It is said that the Goatman's ghost only appears to descendants of his bedsheet-covered killers. But other ghostly aberrations, strange lights, and haunting sounds have startled many who dare visit the Goatman's Bridge at midnight. 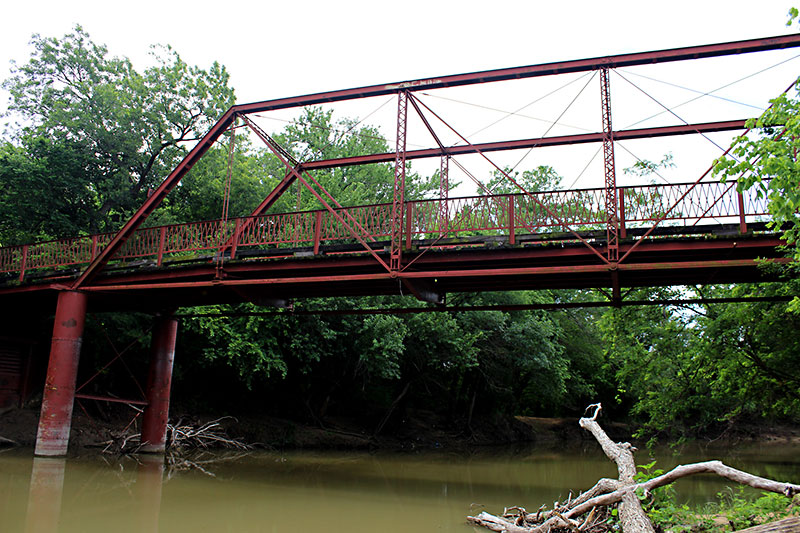 1,370th in a series. Follow “Day Trips & Beyond,” a travel blog, at austinchronicle.com/daily/travel.