The Luv Doc: Swinging for the Fences

There is no glory in Wichita 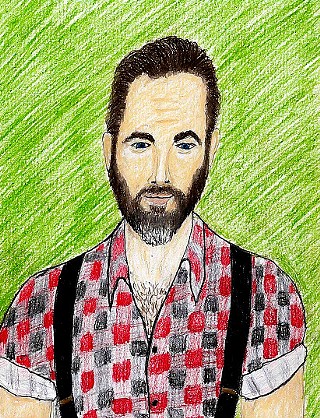 I have a single girlfriend who spends a good amount of time complaining about how she cannot meet any men. I know her type (tall, strong, lumberjacky, a man's man), and since there are plenty of these guys in town she doesn't understand why she hasn't yet made a connection. The thing is, I'm pretty sure – actually 100% certain – it's because those guys are out of her league. I know that sounds terrible. She's an averagely attractive woman with higher than average intelligence, and an OK personality, but she is aiming for the Chris Pines of Austin. As her friend, am I doing her a disservice by indulging her taste in men? Should I help to set her sights a little lower?

Here's the thing about home run hitters: They don't get a lot of base hits. They're also used to striking out a lot. It sort of comes with the territory. If you're always trying to crank one up into the cheap seats, it's harder to keep your eye on the ball. Don't get me wrong: That glorious, slow, triumphant trot around the bases is pretty magical, but unless you're consistently hitting it out of the park, you know where you end up? The minor leagues. Let me just say this: There is no glory in Wichita.

So your friend, God bless her, is swinging for the fences. Good for her. As the old saying goes, "If you never test your limits, you don't know what they are." Some people, unfortunately, require a lot more testing than others. Ideally, the vision we have of ourselves coincides with what everyone else sees, but in reality we know that not to be the case.

Without plunging into a wormhole discussion about human consciousness, let's just agree that we all tell ourselves little lies to make us feel better about who we are. We also recognize this trait in others. In fact, when the rare truth-teller comes through throwing stones at other people's glass houses, we generally consider him or her to be the crazy person, and not vice versa. Curious, isn't it? Well, curious though it may be, nobody wants to hear that all they will ever be looks-wise is 2.7 on a scale of 10 ... not even if they lose 20 pounds and get a really cute haircut. The truth is a bitch – that's why she doesn't get invited to a lot of parties.

I know you want your friend to be happy. You want her to find a sweet guy who is in her league, but that's not for you to say. She gets to make up her own league – just like everyone else. What you can do is champion a different truth: That beauty happens from the inside out, and that by eliminating from consideration everyone who doesn't look like Chris Pine or a gay man (which is what I am assuming you were referring to with "tall, strong, lumberjacky man's man" thing) she might be eliminating the possibility of finding someone even better that she couldn't have even dreamed up in her head.

Lastly, it is also totally fine if you tell her that you don't want to hear her complain about her love life if she's not willing to entertain any other possibilities than her Chris Pine archetype. If she's going to swing for the fences she doesn't get to bitch about https://www.milb.com/milb/news/want-to-play-in-the-minors-heres-how/c-108562330?tid=185364810.