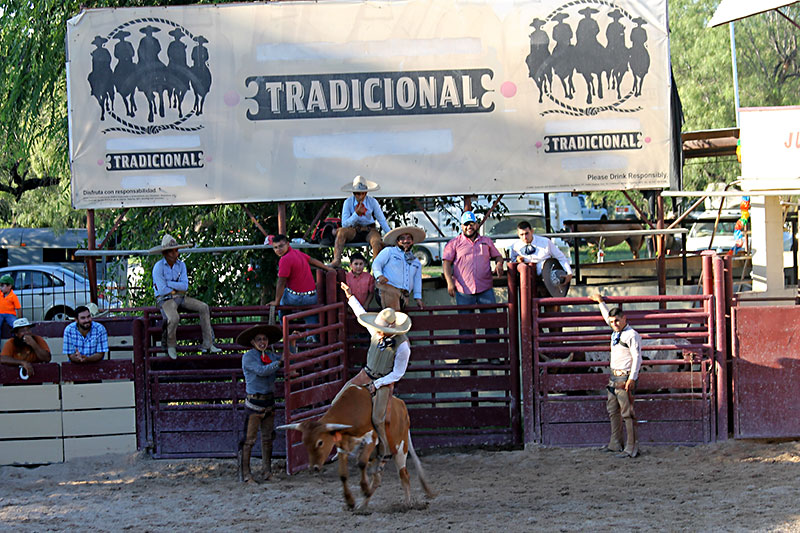 The charreada, or Mexican rodeo, in San Antonio began on the haciendas of Spanish Mexico. While many of the events are similar to contests in American rodeos, the charreada is uniquely rooted in ranching tradition. When the haciendas collapsed after the Mexican revolution, the vaqueros and charros continued the competitions. The charreada was officially proclaimed the national sport of Mexico, second only to soccer in popularity.

Each event or suerte (luck) mimics the skills needed to work livestock. In the charreada there are specific rules on how the charro accomplishes the task. The individual can be disqualified for not following the steps. The rope tricks leading up to lassoing a running animal are part of the regimen. The cowboys compete as a team rather than for individual points. The day can lag sometimes as each member takes his turn, but overall it's very exciting. When a charro does a particularly good job, the audience often throw their hats or boots into the ring to express their appreciation.

There are 10 suertes during the day. Women complete only in the escaramuza, a high-speed ballet on horseback. The equestriennes are 19 years old or younger, ride sidesaddle, and wear Adelitas or "women of the revolution" dresses as they do the precision sequences. San Antonio has one of the best teams in the U.S. 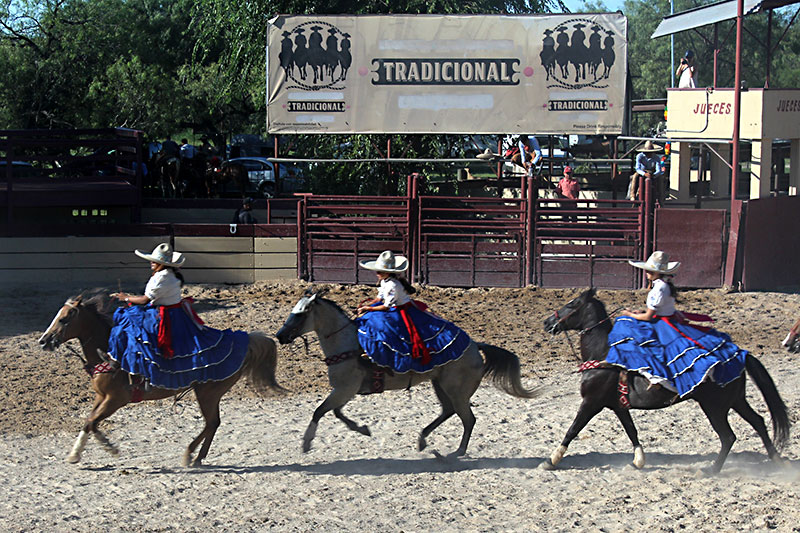 Asociación de Charros, San Antonio, is the oldest U.S. member of the Mexican charro federation. The group regularly holds weekend charreadas in the arena at 6126 Padre Dr. The next big event will be part of San Antonio's Fiestas Patrias on Sunday, Sept. 17. For more information, go to www.sacharros.org, or email to sanantoniocharros@hotmail.com.

1,364th in a series. Follow “Day Trips & Beyond,” a travel blog, at austinchronicle.com/daily/travel.