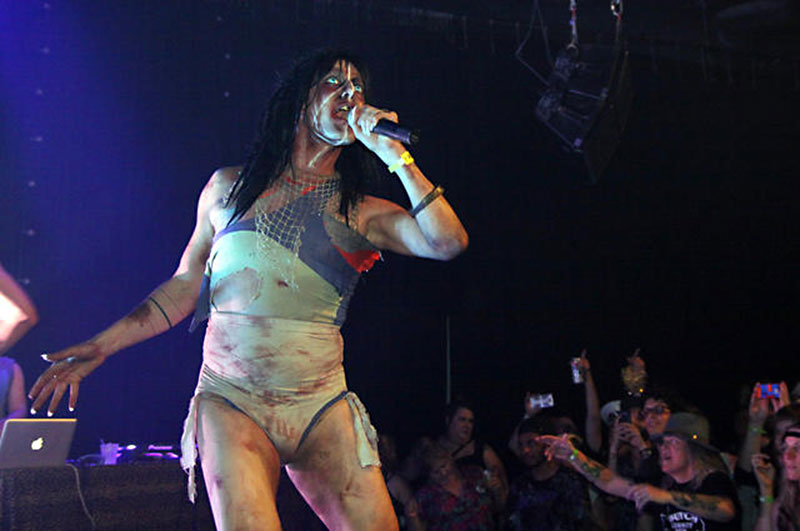 Austin's Gay and Lesbian International Film Festival returns today and we're so excited to celebrate its 30th anniversary! (Check out my "aGLIFF Best Bets," Sept. 8.) Thirty doesn't seem so old these days, at least not since I realized I'm just months from 33, but that's people years not event years or festivals. Thirty years is a big deal for a queer film fest. In 1987, Austin was just realizing the reach of the AIDS epidemic. Another decade would pass before Ellen DeGeneres came out on TV (and lost her sitcom), and Will & Grace (as problematic as it was) didn't even premiere on prime time until fall of 1998. To say we're proud of aGLIFF and the films it continues to bring to our patch of queer paradise is an understatement. Speaking of festivals, the Austin Music Video Fest returns and though not necessarily queer there's lots of queer fun to be had: like the Christeene Video Retrospective (see Wed.). Also catch Christeene's alter ego Rebecca Havemeyer tomorrow (Fri.) with the ever-amazing, multi-talented out-of-towner Justin Vivian Bond (deets below). Be there, be queer.

L&B Skeeball Happy Hour Chillax with the ladiez of L&B, throw some (skee)balls, and make the most of a Thursday night. Thu., Sept. 7, 6-9pm. Full Circle, 1810 E. 12th. www.lesbutanteandtheboss.com.

Die Felicia Presents A Coven of Witches Horror-babes are back with a witchy vengeance and an all-star cast. Costume contest, Scream Queen contest, and some ghoulish trivia. 18 and up welcome. Thu., Sept. 7, 10pm. Elysium, 705 Red River. $6.

Hail Yass: Drag Tribute to the Knife vs. Goldfrapp The girls of PPP are loving on electronica with DJ Isabella von Black. 18 and up welcome. Fri., Sept. 8, 8pm. Elysium, 705 Red River. $5.

SMTX Pride Our sisters in San Marcos are celebrating Pride with a parade, fest, and a river cleanup on Sunday. Travel on down for a new view. Sat., Sept. 9, 10am-9pm. San Marcos Plaza Park, 206 N. CM Allen Pkwy. www.smtxpride.org.

Liberty for All! They call it an afternoon delight; we call it a queers and allies day party at our fave dive bar. Buy a new T – all proceeds go to ASA. Plus music, drink specials, and photo booth. Sun., Sept. 10, 4pm-12mid. The Liberty, 1618½ E. Sixth.

War on the Catwalk: The Queens From Season 9 Catch the queens who put season 9 of Drag Race on the map. Thu., Sept. 14, 8pm. Paramount Theatre, 713 Congress. www.dragfans.com.