The bat colonies around Texas are swollen with mothers and their pups emerging for the nightly feeding frenzy, making for spectacular shows 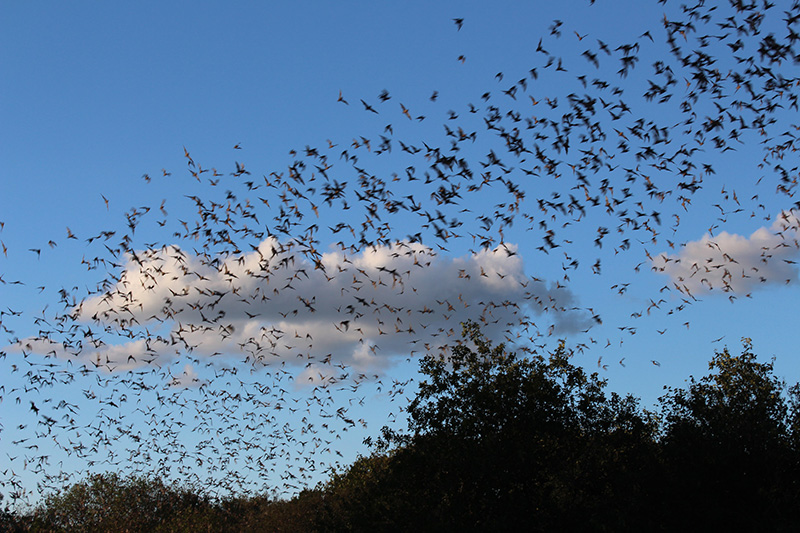 Bracken Cave, west of New Braunfels, yawns from the side of an ancient sinkhole providing an entrance to an underground home for millions of bats. As darkness descends over the rugged landscape, the Mexican free-tailed bats pour out of the gaping hole in a wild tornado that produces the gentlest of noise, breeze, and pungent odor.

The Bat Conservation International-owned cave houses the largest summer colony of bats in the world. At sunset an estimated 20 million bats slip under the blanket of darkness to eat tons of bugs. By late summer the size of the maternity colony swells as pups join their mothers in the feeding frenzy. 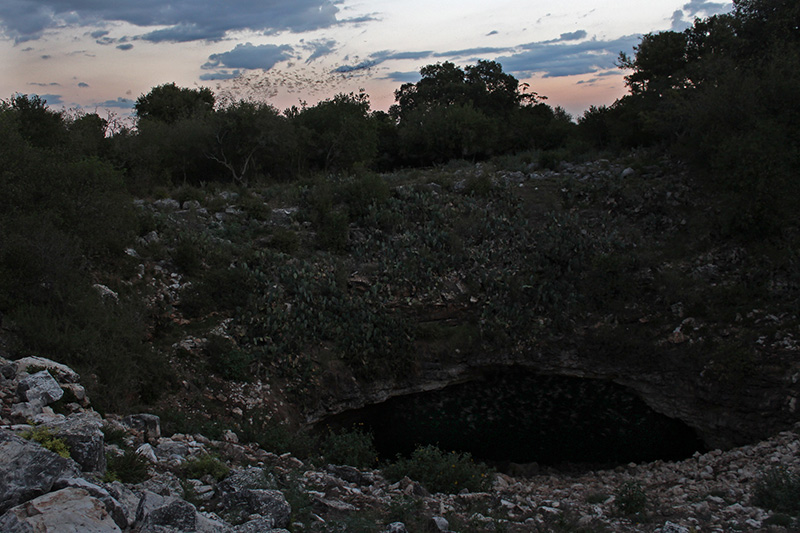 Access to the nightly emergence is limited and is closed for this year. Next year's events will be posted next spring at www.batcon.org.

There are 33 species of bats in Texas mostly from March to October. Because the pups take flight in late August, September is the time to see incredible numbers of bats at these locations: 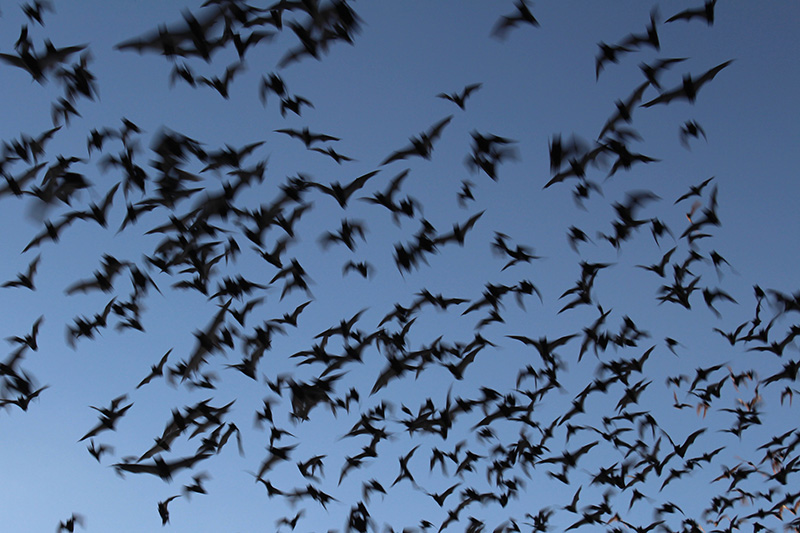 McNeil Overpass and I-35 bridge, Round Rock, www.batsinroundrock.com;

Waugh Drive Bridge, Houston, a rare year-round colony in Texas. The bats don't emerge if the temperature is below 50 degrees or it's raining. www.houstontx.gov/parks/waughbridgebatcolony.html or www.buffalobayou.org/boat-tours.

Earlier this year the fungus that causes the deadly white-nose syndrome in hibernating bats was detected in North Texas for the first time, according to the Texas Parks & Wildlife Department. The fungus thrives in cold climates, and scientists are working to stop its spread in Texas, where bats contribute $1.4 billion annually in insect control.

1,363rd in a series. Follow "Day Trips & Beyond," a travel blog, at austinchronicle.com/daily/travel. 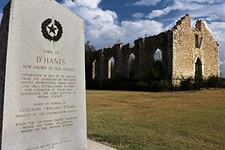