Washington state offers an exciting escape from the summer heat Whale-watching off the Washington coast is a little like playing a game of hide-and-seek with a multi-ton child on an enormous playground.

It was a perfect day to be on the water as our cruise pulled away from Port Townsend and headed into the Strait of Juan de Fuca. The seas were calm, and high white clouds dotted the blue sky. It wasn't long before we pulled in behind a humpback whale as it made a series of feeding dives. When the whale surfaced it exhaled a mist of water before curving its rough back for a shallow dive. After a few minutes, the whale's blow broke the surface again and its enormous tail rose from the water to push off for another dive. The passengers let out a collective gasp at the sight of the black and white flukes waving at us.

The cold waters of the Salish Sea between Washington and British Columbia have seen a rebound in humpback, orca, and gray whales who are also staying longer. Peak season for whale-watching is July and August before they migrate south for the winter. 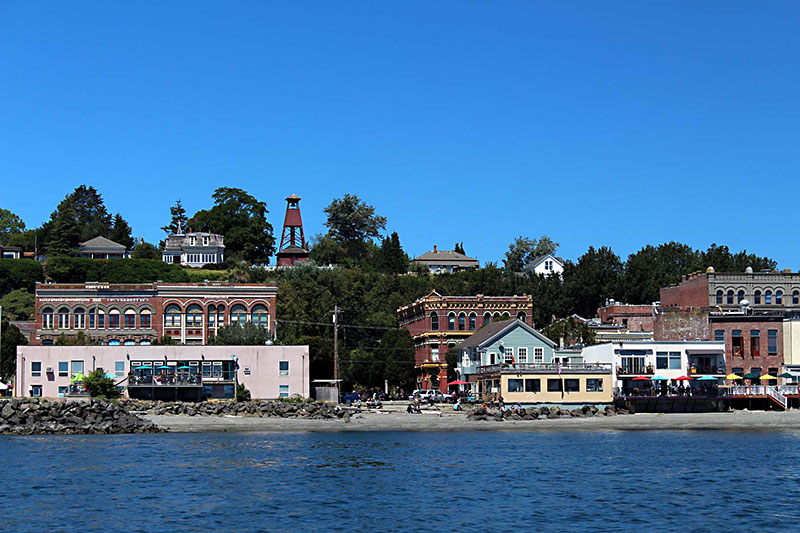 Port Townsend, a short ferry ride from Seattle, has also seen a rebirth as a tourist destination. Once a busy port, steam-powered ships and the railroad favored Seattle over the harbor on the Olympic Peninsula. The leftover Victorian buildings on the waterfront add a splash of color to the surrounding forest, mountains, and bays.

1,359th in a series. Follow “Day Trips & Beyond,” a weekly travel blog, at austinchronicle.com/daily/travel.