A guy who has never witnessed the "miracle of birth"

I am a 31-year-old male who recently moved to Austin from the Midwest. I have been going on dates with women in the Austin area for several months now and I have found one disturbingly common trait – none of them are looking for a long-term relationship/marriage or children. They just want to "hang out." What seems crazy to me is that these are not young women. They are in their mid-to-late 20s and some are even in their 30s. When do they plan to have kids? In their 40s? What is it with Austin women?

Damn MM, all I can say is that you sound like a guy who has never witnessed the "miracle of birth." Let me give you an assist. Real childbirth looks like the horse head scene from The Godfather if it was filmed inside a woman's vagina and the horse head – instead of being inanimate, peaceful, and benign – is a kicking, screaming succubus who will obliterate any chance a woman might have for a normal life for the next 18 or so years. And by the way, that's the kindest description I could summon. Really it's closer to the chainsaw shower scene from Scarface – ideally the unrated director's cut.

I have never woken up with a severed horse head in my bed, but I have felt the shock and terror of Jack Woltz several times, and I am here to tell you that any woman who doesn't have serious and grave reservations about childbirth is a danger to herself, her inseminator, and society as a whole. Thoughtlessly submitting yourself to that kind of carnage is, at the very least, a mild type of mental disorder. Therefore, you should measure your words very carefully when talking about "having kids" with someone you haven't even seen naked ... or helped bury a corpse. Despite all the cute pastel colors and all the cooing and ahhhing, childbirth is some really heavy, snuff-film type of shit.

Yes, I get it. I know there is nothing particularly special about childbirth. After all, billions of women do it the world over, but something tells me that a lot of them didn't get the full story, only the promotional pamphlet. Austin women, on the other hand, are maddeningly well informed. Not only have they read the pamphlet, they've read the pamph. They know that no matter how much I wish that a pamph is an actual thing, it isn't. They've read The Joy of Sex and Our Bodies, Ourselves – they've even seen The Godfather and the director's cut of Scarface.

You come at an Austin woman with a bunch of wild talk about marriage and babies and whatnot and you're going to get the Heisman stiff arm every single time. "Hey Johnny Appleseed, how about we have a few margs, maybe hike the greenbelt, and see if we can survive the mosh pit at Beerland before you suggest I split my taint like a hot burrito so you can have a mini-me?" That would be my response at least, but then again, I've never been to Toledo.

You might also want to wrap your head around the idea that some women simply don't want to have anything to do with children, and that's OK. If we're truth telling here, children are pretty stupid and gross until you get them trained up proper and that takes years – time that could be spent traveling the world or maybe curing cancer or at least working on a sweet fadeaway jumper. Think about it: Would you rather have a tear in your taint or be money in the paint? 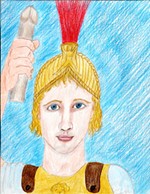 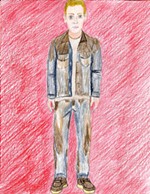