The Luv Doc: A Long F%#king Way From Smith

The Luv Doc has a confession to make

I work in a local business and one of the owners has taken to calling me a snowflake. Even though I know he's politically conservative I don't really think it is a political thing – I don't talk about politics at work – or even away from work for that matter. I think he likes calling me a snowflake because I am in my 20s and he is just playing around. I don't like it either way. I am not a snowflake. I am not overly sensitive or entitled. I prefer to be called by my actual name like everyone else. How do I get him to stop, without jeopardizing my position at work?

Dear NAS, I feel your pain. There is a big difference between being called a name once in a moment of – let's just call it jocularity because I like that word – versus being called a name regularly as a means of subjugation, or even in a more benign sense, as a term of familiarity and affection.

I have a confession to make: I am a member (threw that in there for added irony but you'll have to read a bit further to get the thrust) of the nominally challenged. I was born "Dan Patrick." That truly wasn't much of an issue until the political ascendancy of our fat-headed, bathroom bill-promoting lieutenant governor. In fact, I kind of liked sharing my name with the sharp-witted ESPN sportscaster who I'm sure is also appalled by the behavior of his other Texas resident namesake. No, the real problem with my name comes at the worst place: at the end. My last name is Hardick. Let that roll around on your tongue a bit.

Trust me: Whatever new and hilarious variant you think you just invented in your head, I have actually heard it spoken a hundred times. If you care to test that assertion, just know that sometime around 20 or so, you are likely to hear a retort that will deeply and gravely offend you. It's a talent. I'm not proud of it.

So your boss – even in the best scenario – is an insensitive asshole. We've all been that ourselves, whether we like to admit it or not. We just don't make a habit of it. As our president unfailingly demonstrates on a daily basis, assholes are notoriously thin-skinned. Sensitive. Like snowflakes. They are also stupid, and prove it daily by their inability to successfully negotiate even mundane social situations without annoying others.

Therefore, your best bet with your boss is to very plainly state that you do not like being called "Snowflake" and would like to instead be referred to by your given name. I am not saying this is going to work. After all, your boss is an asshole, but at least after that you can feel free to take the gloves off. 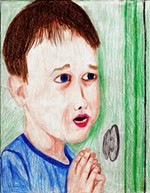 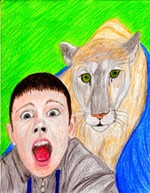